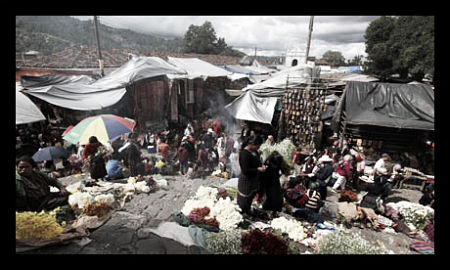 The population of Guatemala is 14.7 million and is ranked at 131 out of 187 in the United Nations Human Development Index. Also, the Gross National Income per capita in Guatemala is $2,740 and the Gini Index of Guatemala is 53.7, making this country one of the most unequal in the entire world.

There are 36 countries in the world that account for 90 percent of growth stunting and Guatemala is one of them.  This is because the chronic undernourishment rate for Guatemalan children is 49.8 percent (about 2.5 million children,) the fourth highest in the world and the highest in the region.

Chronic undernourishment in the indigenous areas is at 69.5 percent; 53 percent of the population lives in poverty with 13 percent being in extreme poverty.  Indigenous boys, girls, and women that live in the highlands are the most vulnerable groups to impoverished living conditions.  The illiteracy rate in Guatemala is 31.1 percent in women that are 15 years of age and older, but that reaches as high as 59 percent among older indigenous women.

In the last few decades of the 20th century, Guatemala had multiple civilian and military governments which led to guerilla war.  In 1998, its government signed a peace agreement that ended the conflict with nearly one million refugees and 200,000 deceased.  Guatemala was able to get a non-permanent seat on the U.N. Security Council in January 2012.  The country’s being in an extended drought is now met with the food insecurity and economic crisis.

The government’s unemployment and budget deficit has been increasing because of the global economic crisis reducing exports, revenue from tourism and foreign investment.  Impoverished and food-insecure families are already struggling, but the combination of all these issues together restricts these families even more.

Unfortunately, the regularly occurring natural disasters in Guatemala do not make matters better for those living in poverty.  They are prone to earthquakes, landslides, droughts, hurricanes and floods, which can severely damage the indigenous population, since they are almost completely unprotected.

Guatemala is full of social conflict right now, with NGOs and indigenous groups protesting to get equality.  They are currently trying to block off the very mines that the government sees as essential to the country’s development because the indigenous see them as a threat to their safety since there have been massacres of hundreds of natives just to get certain resources from their land.

Also, people are trying to nationalize the electricity system, since poor households are unable to pay to keep their electricity due to the rising prices employed by private companies.  Children are even being forced to assemble fireworks without any safety equipment because they cannot find any other way of making money.  The Guatemalan people are pleading with the government to raise minimum wage by 47 percent simply so they can get enough money to cover the quickly rising prices of basic goods.

All of this injustice the Guatemalan government and private corporations are committing against their own people is leading to a lot of civil unrest.  If someone wants to be safe in Guatemala, they must pay to be safe, and the only ones that can pay are the rich.  It is clearly observable in most of the tourist destinations of Guatemala that there are uniformed guards in stores, hotels, and plazas to protect the outsiders/rich insiders; that is never a good sign.

There are actually seven private security officers for every public police officer.  The non-rich Guatemalan people are unhappy and cannot protect themselves from those that are hurting them, so action needs to be taken to achieve social justice.

Truwally and Mupaya on Overcoming Poverty in AfricaLGBT Refugees, From Hate to Hope
Scroll to top