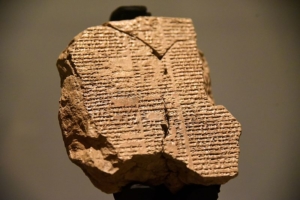 In July 2021, the United States government returned more than 17,000 artifacts of cultural significance to the Iraqi people. The move is symbolic of improving diplomatic relations between the U.S. and Iraq. Moreover, it brings a major benefit to those living within Iraq. The move is aiding an emerging tourism industry and is providing jobs for Iraqi citizens. In this way, the return of plundered artifacts and the growth of a national and cultural identity works to alleviate poverty. This is most welcome because Iraqi citizens in poverty endure poor living conditions, environmental disasters such as drought and significant instability from war and conflict between extremist groups.

The instability from war decimates ways of life and economic standings. In 2019, more than 2 million Iraqi people remained displaced within the country’s borders. In addition, the unemployment rate in 2020 was 13.74% significantly higher than a low of 7.97% in 2012. Without formal settlement and repeated conflict in the country, formal employment and the alleviation of poverty is difficult.

The extremist groups within Iraq’s borders and the physical destruction of culturally significant sites largely affect the country’s culture. Specifically, the Islamic State (ISIS) was responsible for destroying and looting historical sites that are thousands of years old. These losses were about more than just physical locations.

How ISIS Uses Artifacts as Pawns and Funds Vehicles

Historical and cultural sites are a major draw for those to whose culture they belong. They also attract those seeking to learn more about the culture. Iraq is home to six official UNESCO World Heritage Sites and 13 tentative heritage sites. The existence of ancient sites in Iraq attracts visitors from across the globe. Even when conflict led to fluctuations in tourist numbers, the industry still attracted 892,000 visitors in 2019. That is how cultural tourism has proven to be a beneficial tool to alleviating poverty in the region. However, the wide draw and attention to heritage sites also attract a more lucrative and sinister clientele.

Extremist groups such as Al Qaeda and ISIS use heritage sites as leverage. Under conflict, groups may plunder and steal from countless artifacts. In other words, conflict scenarios often involve the use of ancient artifacts as pawns. Terror groups, aside from destroying ancient sites, sell antiquities to fund their operations. This in turn affects poverty alleviation efforts because it reduces the ability to benefit from tourism. In the wake of the return of stolen artifacts, Iraq is seeking to grow the tourist section of its economy.

The return of plundered artifacts to Iraq included thousands of Mesopotamian seals and tablets. It included pieces from Hobby Lobby that the United States Department of Justice fined $3 million for its poor policy regarding antiquity acquisition. It also included 5,000 artifacts that Cornell University had received in 2000 from a private collector. The Cornell artifacts featured pieces from Garsana, a Sumerian city that was previously unknown.

Artifacts serve as a reminder of the seeds of culture. In Iraq, a sense of national identity is necessary to rebuild the nation. Having artifacts to point to where the nation has originated serves the purpose to grow a national sense of connectedness to the past. The artifacts returned in 2021 serve as a testament to the history of the Iraqi people and may empower citizens to work towards a stronger future.

As Iraqi Minister of Culture, Tourism and Antiquities Hassan Nadhem said, the return of plundered artifacts, “restores not just the tablets, but the confidence of the Iraqi people by enhancing and supporting the Iraqi identity in these difficult times.”