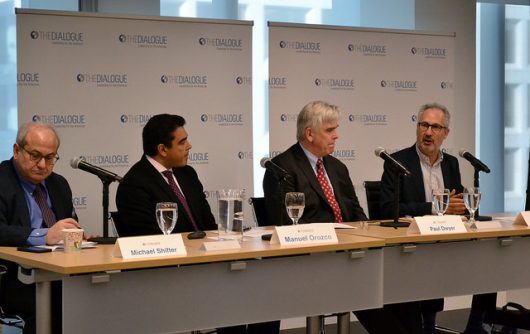 Remittances to Mexico in 2017 reached the highest level ever recorded. Remittances provide many Mexican families with necessary supplemental funding and are one of Mexico’s most important sources of income. The record-breaking number of remittance payments were driven by the depreciation of the peso and uncertainty surrounding the future of Mexican exports to the U.S.

According to the Bank of México, 2017 remittances from Mexican workers living abroad totalled $28.77 billion — a 6.6 percent increase over the $26.99 billion sent back to Mexico in 2016. Remittance payments to Mexico mainly come from the U.S.

The peso dropped dramatically in 2016 after the U.S. election of President Trump. The election created uncertainty surrounding Mexican exports to the U.S., also known as Mexico’s largest export market. In 2016, the U.S. consumed 81.03 percent of all Mexican exports.

Specifically, the election of President Trump created fear that Mexican exports to the U.S. would be stifled either by the United States’ withdrawal from the North American Free Trade Agreement (NAFTA), or by the imposition of tariffs on Mexican exports. Remittances to Mexico traditionally increase when the peso is weak, as foreign currency will buy more pesos.

The ‘Wall’ of Cash

Additionally, President Trump has proposed taxing or halting U.S. remittances to Mexico to fund a border wall. Trump has threatened to prevent wire transfers between Mexican workers in the U.S. and their families back home until the Mexican government agrees to a one-time, $5-10 billion payment to fund the border wall.

Taxing remittances has also been considered an alternate measure to fund the wall. Economists argue that uncertainty surrounding the future of remittances to Mexico encouraged Mexicans working in the U.S. to send more money home in 2017.