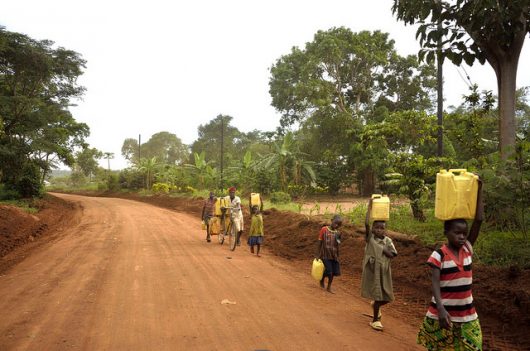 Many people believe Uganda to be a nation in tatters because of how the media misrepresents Uganda. This is most likely because Uganda has very little known about it aside from when things are going or have gone wrong for the nation. The truth is simple: Uganda, just like any other place in the world has had its share of problems. It’s had corruption, misfortune and hostility.

One of Uganda’s most pivotal alliances is with the United States. Uganda and the U.S. established diplomatic relations in 1962 after Uganda gained its independence from the United Kingdom.

In January 2018, the Ugandan government and agencies were condemned for the mistreatment of incoming refugees. Corruption from multiple corners of government was found and squashed by U.N. aid agencies.

Some of the people meant to help refugees find new homes made up “ghost” refugees to push up numbers for extra funding. There was also notable evidence of extortion of refugees from anything to goods and what little money they had to sexual acts.

Amb Pacifici has praised Uganda and its Prime Minister for continued efforts and communication during challenging times in regard to regional issues. Most recently, in Kampala, the Ministry of Education announced that it would launch a framework into better sexuality education for students. This furthers the knowledge of Uganda’s hopeful youth.

The Ministry acknowledges the importance of the young minds and hopes that this will help guide the country to a more enriched development from the ground up. The guidelines will also allow for the public schools to follow along with the private school teachings when teaching sexuality education. None of this is mentioned in U.S. media leading to further evidence of how the media misrepresents Uganda.

The United States focuses on the problems of Uganda in media and less on how Uganda is turning itself around. One article, in particular, stood out but there was very little coverage overall on Uganda in the U.S. media when searched. Miniscule coverage of the positives going on in Uganda and an emphasis on continued problems of the region is yet another example of how the media misrepresents Uganda.

A recent CNN article gave multiple examples such as “modern colonization” and “secret deals,” fueling continued greed and corruption in Africa which robs the people of culture.

There are always bound to be conflicts in other countries but conflicts only ever make up part of a country’s story of progression. The media continues to misrepresent the true potential of Uganda, adding confusion to conflict.

Uganda shouldn’t be written off or labeled as a lost cause but rather seen for its truth, for the strength of its people and their rich culture. No place or thing can be ignored if true progress is to take place.