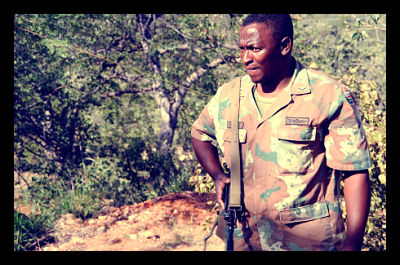 In Central Africa and the Great Lakes region, countries with already large numbers of Internally Displaced Persons (IDPs) are burdened with refugee influx from neighboring conflicts. Many of the IDPs and refugees in Central Africa are served by U.N. camps across the region. Others are housed by local populations or public buildings. With recent outbreaks of violence humanitarian services have become unavailable in  regions.

In April, a UNHCR spokesman gave the number of Central African Republic (CAR) refugees in the Democratic Republic of Congo (DRC) at 30,000. Many of these were forced to flee the violence in the capital Bangui. UNHCR also estimated that the number of IDPs in CAR reached 173,000. While this situation is grim the added strain on refugee camps and humanitarian services is exacerbated by the refugees crossing into CAR. Driven by conflict in the Western Darfur region and recent fighting in the DRC capital of Goma, Sudanese and Congolese refugees are seeking care in CAR. In April UNHCR estimated 21,000 refugees from the DRC and Sudan have sought refuge in CAR.

Despite peace talks currently taking place between the DRC government and the M23 rebel forces, the environment in the DRC remains uncertain and rife with tension. Rebel troops briefly held the capital, Goma, in November 2012 but lost control again to the government after a short period. The current standoff between the two sides has boosted the potential for forced recruitment in the countryside. Citizens fleeing the conflict and young men trying to avoid forcible recruitment spill into neighboring countries. In the last six months of 2012 UNHCR estimates that 60,000 Congolese refugees fled to Uganda and Rwanda. Many more were internally displaced.

Recent violence in the DRC has led the U.N. to deploy troops with one of its strongest mandates yet: counter insurgency operations. Despite a 20,000 U.N. peace force deployed in the region the rebel forces took and held Goma for 10 days last November, committing many atrocities including mass rape. The new U.N. deployment, consisting of troops from South Africa, Tanzania, and Malawi is intended to prevent new atrocities. The effectiveness of this newest deployment is uncertain. Troops will be engaging in joint operations, requiring coordination in an unfamiliar setting and already logistics and bureaucracy have delayed troop deployment.

Other military forces also have a presence in CAR. South Africa deployed 200 soldiers in January this year with the potential to deploy an additional 200. These forces will assist in training the CAR army and are not intended to engage directly with rebel forces. Ugandan soldiers with U.S. Special Forces support are also deployed in CAR. The Economic Community of Central Africa has authorized forces to deploy in the country as well. And France recently boosted their troop presence in CAR from 250 to 600.

The global and regional community recognizes the need for military intervention in the region demonstrated by the troop deployments. Whether this leads to a cessation in violence or even a lasting peace is uncertain.