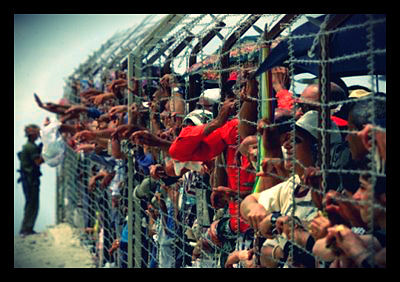 Every year on June 20, refugees around the world are recognized for the bravery and strength of fleeing their homelands in search of a new peaceful life. Established in 2000 by the UN General Assembly, World Refugee Day not only celebrates the achievements of displaced peoples but also raises awareness on global issues pertaining to those who are driven out of their countries of origin due to war, threats of violence, and persecution.

Worldwide, there are 43.7 million displaced individuals, among whom nearly half are children. While they may choose to resettle in their motherland, many refugees choose to stay in the country from which they seek asylum. Even in countries such as the United States, however, refugees are vulnerable to a host of problems.

Due to the violence or trauma they may have experienced, refugees are prone to depression and post-traumatic stress disorder (PTSD), among a number of other psychiatric disorders. The highest occurrence rates recorded for PTSD and depression are 86 percent and 31 percent, respectively. Refugees may also experience culture shock in attempting to adjust to their new environment. Conversely, instances of discrimination from host nation members are not uncommon.

Despite their employment rights being clearly stated in international law, refugees may still face employer bias and discrimination in the workplace. Thus, they often have no choice but to turn to less than reputable means of earning an income whether that be prostitution, child labor, or criminal organizations.

What can be done to help? –Though a month has passed since World Refugee Day 2013, UNHCR works hard year-round to provide refugees with basic healthcare services, food, clean water, access to employment and education, and reunions among the families that have been divided by conflict. Beyond the UN, multiple civic organizations, including the International Rescue Committee and the US Committee for Refugees and Immigrants, aim to protect standards for refugees’ rights. Volunteer opportunities and donations are always welcome and have the potential to create an indelible impact on millions of lives.