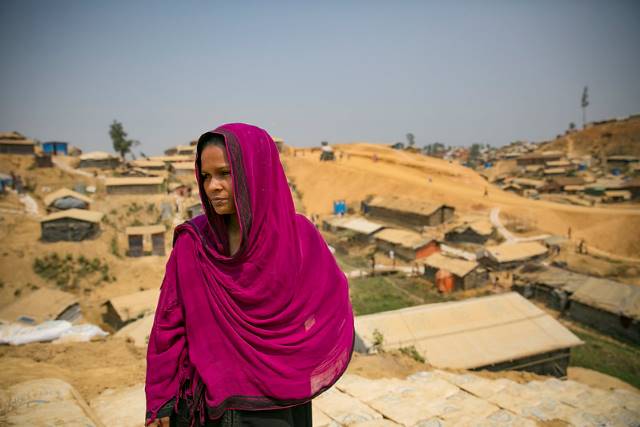 In 2019, Refugees International investigated the circumstances of displaced people in several countries to better report on their circumstances. The organization concluded that women and girls in refugee camps face distinct challenges that make them a vulnerable population. It specifically noted that girls and women are at risk of assault and violence when using sanitation facilities within the camps. The fear of visiting a restroom is a fear Rep. Grace Meng considered unacceptable, and therefore, she introduced the Refugee Sanitation Facility Safety Act in 2019. Unfortunately, the bill did not become law so Rep. Meng reintroduced it in 2021 with the hope that it will finally become law.

Life as a Girl in a Refugee Camp

The refugee crisis across the world has displaced more than 17 million girls. These girls have fled from their homes in an effort to escape violence, poverty, hunger and other oppressive forces. Human traffickers prey on girls and force them into child labor and sex trafficking. Families in poverty often have to prioritize short-term well-being over the long-term, meaning child marriage is an all too frequent occurrence. The well-being of women and girls is often underprioritized despite the fact that girls and women play a large role in global poverty reduction efforts and global development as a whole. For this reason, women need to be protected, especially women who are susceptible to increased vulnerabilities, such as girls and women in refugee camps.

Refugee women and girls who move around alone are separated from the protection of a larger group, leaving them even more vulnerable to attacks from men within the camps. Many camps have arisen quickly and without much regard for the safety of women because of the urgency of the situation of displaced people. Without measures protecting women and girls in camps, victims often find themselves alone and secluded as they make the trip to access food, water and sanitation. These areas are prime areas for attacks and need extra protection to ensure potential victims are safe.

Rep. Meng first introduced the Refugee Sanitation Facility Safety Act in 2019 in the 116th Congress. Even though the House of Representatives passed the bill, clearing it for introduction in the Senate, the bill did not make it further. The 117th Congress convened on January 3, 2021, and Rep. Meng reintroduced the bill on February 18, 2021. Assuming it passes both the House and the Senate, it will go on to President Biden who will choose whether or not to sign it into law.

The Refugee Sanitation Facility Safety Act ensures ensure women and girls in refugee camps are able to utilize bathrooms without fear of attack. A starting point for this would be gender-separate bathrooms and well-lit pathways and infrastructure within refugee camps. Devon Cone of Refugees International emphasizes that “Displaced women and girls often live in precarious circumstances and are frequently at risk of experiencing gender-based violence. Women and girls should be able to access sanitation facilities in a safe and dignified manner and this legislation is an important step forward.” With extra measures for safety around sanitation facilities, camps would be a safer place for women and girls.