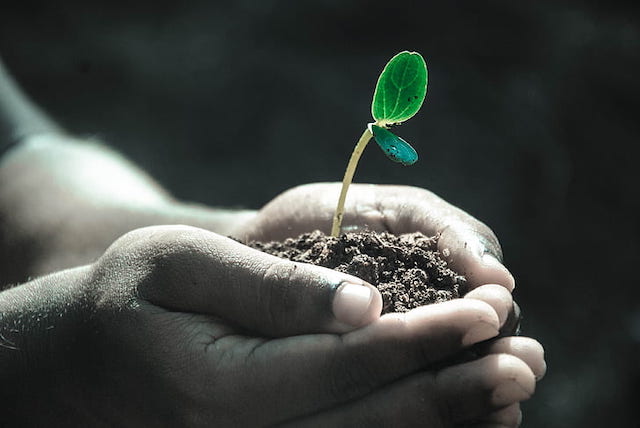 Any process that alters the area covered by tree crown is considered deforestation. Forests and grasslands used to cover most of the earth. However, as civilization grew, forests diminished. This process has contributed to the extinction of thousands of plants and animals. It continues to be an increasingly serious problem as the population increases and valuable resources are depleted. The World Bank estimates that forests contribute to the livelihoods of 90 percent of the 1.2 billion people living in extreme poverty. Reforestation efforts in countries all around the world have brought to light the ways forests can either increase or reduce local poverty. Here are some of the connections being realized about reforestation and poverty.

Forests provide people with more than just trees that purify the air. Tree cover supports the ecosystems and habitats of plants, animals and insects that are needed to keep the world in balance. Leaves shed from trees enrich the soil and support biodiversity. Forests carry about 90 percent of all the earth’s species, both plants and animals. This diversity is highly linked to medicinal research and pharmaceutical breakthroughs. Trees allow water to evaporate from their leaves after purifying it from deep within the earth, giving trees an important role in the water cycle. Products provided by forests range from nuts and berries to mushrooms and herbs and even gums, oils and rubber.

Reforestation projects can also reduce poverty directly by paying locals a fair wage for their tree planting efforts. Eden Projects in Madagascar focuses on providing stable jobs and reliable employers in areas where they are scarce. This income has helped people buy land, improve their health and send their children to school, allowing them to break the cycle of poverty they were born into.

Agriculture couldn’t survive without rain and it also depends on healthy soil. Trees produce nutrients for the soil while protecting crops from violent winds and preventing soil salinization. Furthermore, the right trees can actually increase crop production. The World Agroforestry Centre did a study in the Sahel on the impact of agroforestry on the production of grain. They found a crop increase of 15 to 30 percent with the addition of fertilizer trees.

In Niger, two economists calculated the economic return rate for farm managed natural regeneration and tree planting. The economic rate of return for FMNR was 37 percent based on a 20-year period with a 5 percent increase in crops. They also calculated return rates of 13 percent for tree planting. However, this is likely considered an overestimate because not all the trees planted would survive. In reality, the average of planted trees is around 20 percent or fewer. That would greatly reduce returns and require the planting of more trees to increase survival rates.

After WWII the Japanese government recruited villagers to plant millions of trees. Unfortunately, the government chose to only plant two tree species: the fast-growing evergreens hinoki and sugi. The result was a countryside devoid of biodiversity, an eerie silence from lack of fish and insects and dry, hard soil. This created a habitat unsuitable for thriving ecosystems.

Today, reforestation campaigns are taking place around the world to build resilience and mitigate greenhouse gas emissions. With the right information presented, they can understand the importance of biodiversity and make it a priority as they move forward with their plans. Reforestation and poverty can be tackled together, but biodiversity must be recognized and made a priority.

Want to plant a tree but unsure where to start? Tree-Nation has developed 224 tree planting projects in 33 countries. With help from citizens around the world, Tree-Nation has planted more than one million trees in Columbia, more than 42,000 trees in Burkina Faso and more than 300,000 trees in Kenya. These numbers are just a fraction of the work that has been done by this company. The website makes it easy for anyone wanting to contribute to find a project that works for them. Connecting reforestation and poverty can help improve the environment and lives.