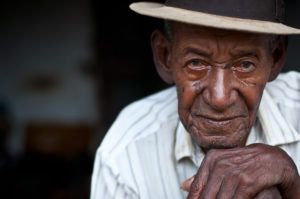 The Colombian government and the Revolutionary Armed Forces of Colombia (FARC) formally ended their armed conflict with a peace agreement in 2016. This was after more than 50 years of conflict between the government and the guerilla group. Despite the agreement’s plans for peace and a hopeful future, there were still illegal militant groups and members of FARC who refused to obey the government. They continued to perpetrate violence in the country as they fight for political and economic control over different Colombian regions. As a result of continued conflict, violence in Colombia remains a public threat and results in mass displacement, deaths and disappearances.

Links Between Violence and Poverty

Violence in Colombia sustains the country’s extreme poverty. A study conducted in rural Colombia found that those who experience violence are more likely to remain in a cycle of poverty as a result of economic loss, trauma and fear. The country’s unparalleled amount of internally displaced people also contributes to poverty. 139,000 people were displaced within Colombia due to violence in 2019 alone. Most of the people displaced come from rural areas where 70% of the population lives in poverty. This makes them particularly susceptible to violence. Violence prevails in the nation and continues to keep people in poverty. However, nonprofits are committed to reducing violence by promoting a culture of peace. These 3 organizations are working to reduce violence in Colombia.

Global Partnership for the Prevention of Armed Conflict (GPPAC)

GPPAC aims to motivate Colombian youth as changemakers by promoting dialogue between different generations. The organization addresses the lack of youth community and political engagement in Colombia. GPPAC recognizes that young people’s faith in their country’s social fabric is essential to promoting peace over violence. By inspiring a new generation of peacemakers that learn from the past and are excited about the future, GPPAC quells violence in Colombia.

The organization’s Intergenerational Project in Colombia in 2017 and 2018 resulted in dialogues in 15 regions most affected by violence. GPPAC organized conversations that took place in schools and included the participation of teachers, parents, students and members of several social organizations. The diversity of people participating built trust between different generations and social groups. This empowers young people to continue fostering a culture of peace in their communities.

Mercy Corps aims to address violence in Colombia through prevention and intervention. The organization strengthens networks between teachers and parents to keep children in school since parents often take their children out of school to work. However, children who do not attend school are more likely to experience violence. Mercy Corps tends to students’ individual needs and equipping schools with the tools to address students subjected to violence. By doing this, it puts an end to the cycle of violence that is correlated to a lack of education. The organization also tends to former child soldiers by teaching them how to generate income. It also empowers them with leadership skills. Since its founding, Mercy Corps has served more than 62,000 children in areas most affected by violence in Colombia.

Interpeace builds a culture of peace in Colombia through the Peacebuilding Model of National Police, a program that began in 2017. In partnership with nonprofit Alianza para la Paz, Interpeace works with the Colombian National Police to promote peacebuilding responses to violence and conflict.

One Interpeace program focuses on violence prevention and management in 5 regions that are particularly prone to violence. Police are encouraged to resolve conflict in socially violent situations rather than exacerbating the situation with an aggressive response. Another program aims to improve police response to gender-based violence in areas most affected by armed conflict in Colombia. Interpeace strives to improve the government’s preparation and response to these types of violence. Ultimately, these programs will improve the local trust of police and other government figures. At the same time, they will reduce violence in Colombia’s most vulnerable communities.

Overall, the 2016 peace agreement provided a foundation for a hopeful future. However, the Colombian government needs to address violence in the country’s most vulnerable rural areas more effectively. The Colombian government could reduce poverty in Colombia’s rural areas to bridge the urban-rural gap. By doing so, it could more successfully quell violence in the nation. This renewed government response is integral to strengthening Colombia by reducing violence. By following the lead of GPPAC, Mercy Corps and Interpeace, the government can successfully move Colombia forward. These 3 organizations are instrumental in fostering a culture of nonviolence in Colombia.