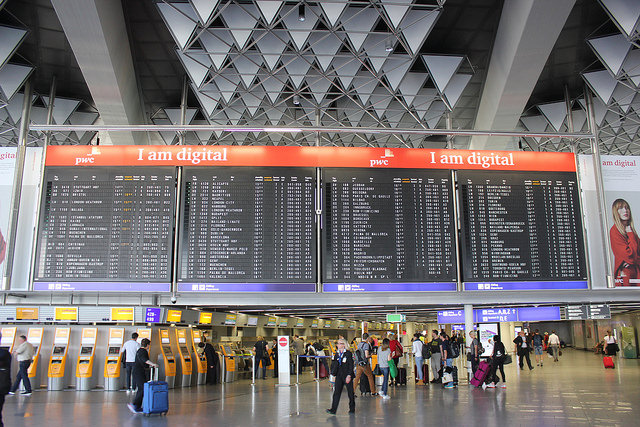 The “Brain Drain” is the migration of professionals from one country to another in search of a higher standard of living. In 2000, 65 million economically active people were living outside of their home country. This drain usually flows from developing to developed countries, which has extremely negative effects on the developing nations, who have lost many of their most talented professionals.

The Economic Dangers of Brain Drain

This trend of skilled and educated citizens living in developed countries is being exacerbated by the growing inequality between the world’s wealthy and poor. Many developing countries have experienced a shortage of high-skilled laborers, taxpayer dollars from would-be members of their upper class and technological innovation. Among the doctoral graduates in science and engineering in the USA, 79 percent of those from India and 88 percent from China remained in the United States.

Overall, there are almost one million immigrants in the United States from South Asia who have achieved above a tertiary level of education. The skills these students acquire in the United States and in other developed nations don’t migrate back to their host countries, which makes reducing the brain drain seem impossible.

Additionally, many of these students become high earning professionals in some of the highest tax brackets; however, their countries of origin do not receive the tax dollars on these high earnings. Some South Asian countries are some of the poorest in the world and could desperately use the funding towards poverty-reducing measures.

More Than Just The Money

Besides higher wages and a better standard of living, professionals leave their origin countries for more developed ones because of a lack of research funding, poor facilities and limited career structures. These issues are extremely important to consider when evaluating how to combat the brain drain. Fortunately, these infrastructural deficiencies have more reasonable solutions that can over time reduce global inequality.

Research has shown that an increase in wages does not provide the sole incentive for educated professionals and students to remain in their origin country. A study in Pakistan revealed that a small portion of people funded for a doctorate faced many disincentives that did not stem from the wage gap.

Although, wage inequalities between the source and destination countries are so significant that a small increase in wages in origin countries will not be enough to reduce the brain drain. The focus then must turn to solving the infrastructural deficiencies that are driving young professionals toward developed nations.

Currently, foreign scientists in developed nations produce 4.5 more publications and 10 times more patents than those in their origin countries. This is mainly due to the infrastructural inequality between developed and developing nations. The solution to bridging the patent and publication gap is to increase the connectivity between professionals in developed and developing countries. One revolutionary network has already been developed to do just that at the University of Pittsburgh; it is called Supercourse.

Supercourse provides free online lectures to all and has already connected over 20,000 scientists to share their knowledge. This network continues to grow and make information less exclusive and contained only in the institutions of developed countries. Scientists around the world will have the materials necessary to create change in their origin countries. Supercourse has the potential to spearhead research and innovation in developing nations that will hopefully reduce brain drain.

Professionals will continue to migrate in search of better opportunities, but increasing access to information and support could be a long-term solution reducing the brain drain effects on developing countries.