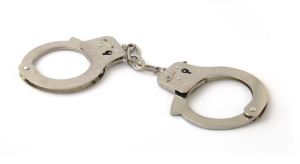 Interpol was founded as a means to coordinate law enforcement agencies, allowing for the international pursuit of criminals, thwarting the wild-west cliché of outlaws crossing the border and escaping justice. The notice system is the primary tool of that coordination. While each category of notice has its own color code and significance, Red Notices are by far the most famous. Akin to an old-school wanted posters, Red Notices serve as a request from one member country to another asking for the location, arrest and, ultimately, extradition of a wanted individual.

This system provides a valuable service to the whole world. However, it has come under the criticism for the way in which repressive governments have been able to use it to target political refugees. Labeling peaceful protestors, journalists and dissidents as criminals and tricking law enforcement into extraditing them to suffer sham trials and grim fates. Nations like Russia, Turkey and China have been able to do this virtually free of consequence.

The name Bill Browder has become synonymous with Red Notice abuse. Mr. Browder is a prominent critic of Russia, having been instrumental in the creation of the global Magnitsky Act, named after Browder’s lawyer who was murdered after exposing corruption in the Russian government. As recently as May 2018, while giving a talk in Madrid, Browder was arrested by Spanish authorities. Two hours later, after the intervention of Interpol’s General Secretary, Browder was a free man. By his count, “this is the 6th time that Russia has abused Interpol in his case.”

While Mr. Browder’s case has received international attention, many others never caught public attention. Baran Kimyongür, a Turkish activist, interrupted an exchange between the European Parliament’s foreign affairs committee and the Turkish foreign minister in 2000. Later, the Turkish government gave a Red Notice for him, holding this act as proof of his connection to a terrorist organization. Kimyongür has been arrested three times by the authorities in Netherlands, Spain and Italy. Each government refused to extradite him due to the lack of any proof as well as the human right to self-expression.

Another hidden tragedy is that of Dolkun Isa, a renowned activist and member of the World Uyghur Congress. After fleeing China, now living as a German citizen, Mr. Isa has been subject to a Chinese Red Notice abuse since 2003. The resulting travel restrictions have hobbled his advocacy work to promote Uyghur self-determination. This and many other cases have been collected in a report published by the Council of Europe, an official U.N. observer.

Each Notice is supposed to be reviewed before publication. Yet, stories like these illustrate the shortcomings of that process. The number of Notices has almost tripled over the past decade, growing from 5,020 to 13,048 by the time of the 2017 Annual report. With such a dramatic shift in volume, the potential for missteps and need for reform come into greater focus.

Each Interpol officer serves as a representative of his home government. Now, after the surprise resignation of Meng Hongwei, the recent election of Kim Jong Yang gives this organization a sorely needed opportunity to improve on the reforms made in 2016 and the organizations’ desire to create safer and more transparent processes.