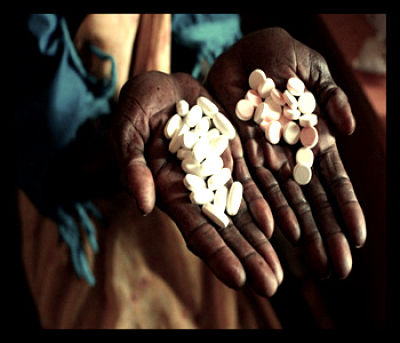 South Sudan has one of the highest rates for HIV infection in the world. It is estimated that only 100,000 people in South Sudan live with HIV. But out of those 100,000, only 4,678 people receive antiretroviral therapy (ARTs). The Global Fund to Fight AIDS, Malaria, and Tuberculosis have launched a project in Southern Sudan to raise awareness and provide treatment to people who have HIV.

The project specifically focuses on HIV patients who are also at risk for Tuberculosis (TB). It provides information on prevention, surveillance, testing, and counseling to those living with HIV and TB. In 2012 the program offered treatment to 1,500 TB/HIV co-infected patients received ART treatment and 4,882 people with TB received treatment. From 2005 to 2012 those who received counseling for HIV or TB rose from 1 person to 12, 753.

Although this project is incredible for those in South Sudan who are already living with HIV, a key strategy for HIV reduction is raising awareness about prevention. A group in the state of Western Equatoria, where nearly seven percent of residents are infected with HIV, is going out into the community to spread the message of safe sex. Zereda AIDS information Center group has been influential in its community. It has grown to 470 members and encouraged dozen of community members to get tested.

“When I got the disease, I was very worried, but when I started getting counseling – before I thought I had no life in this world. But after joining the group I realized am still useful in this world,” said Angelina Baptist, who is a member of Zereda.

Projects and support groups such as these are necessary for raising HIV awareness and preventing the prevalence of HIV in Southern Sudan.