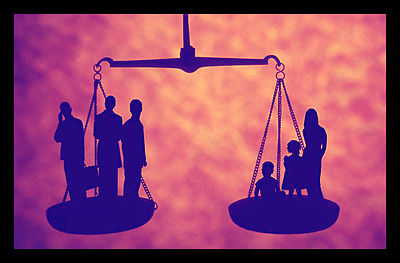 True strength can be found beyond the confines of its traditional definition, which focuses primarily on the physical. Strength of mind, instead, is the crucial virtue for any successful activist.

In the fight for social justice, activists are pitched into a wide array of situations that require them to serve as leaders, amplifying the voices of those most in need.  Activists must be prepared to take on a variety of roles that require a mix of strong leadership, writing, and organizing skills.

They must also have strong communication skills and be prepared to gracefully face the gamut of reactions and opponents that accompany the plethora of people they will meet along their journey to justice.

The skills required for a life of activism all thrive on one’s mental strength.  Such strength is developed through the way we allow our minds to perceive the world around us. In order to strengthen your mind, you must consciously change and adapt your thought process in a positive manner.

Research abounds correlating positive psychological principles with behaviors that lead to success and the strength to pursue one’s goals.  It has been discovered that positivity is associated with “increased success, better relationships, better jobs, more altruism, improved health, being more open-minded, and many other personality traits and behaviors that help us to achieve goals and meet the kind of people that are positive and influential in our lives.”

People often turn to quotes for motivation or inspiration to influence their mindset and gain the strength to pursue a certain path. Below is a list of ten quotes about strength and success, which both rest upon the underlying principle of having a positive attitude:

Becoming an advocate for social justice rests upon a strong conviction in the cause you are fighting for.  Such conviction is transformed into successful action through maintaining a positive outlook, which is the foundation of mental strength.  The fight against world poverty, in particular, takes enormous mental strength to work through the difficult economic, social, and political factors that all play a role in perpetuating the problem.

It is easy for activists to get discouraged by the many uphill battles they will face along their journey, but the above quotes about strength should help to serve as inspiration and a reminder that maintaining strength of mind and a positive outlook are the keys to success.