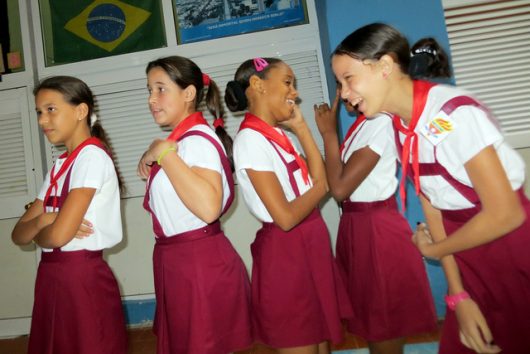 In the fiscal year (FY) 2019, the federal government plans on spending $27.7 billion on foreign assistance. This money will go to over 100 countries around the world. The money is broken down into nine categories including economic development, health, humanitarian assistance and education and social services. Education and social services are projected to receive $645 million dollars in FY 2019. S. 1580 will affect how this money is spent. What is Protecting Girls’ Access to Education in Vulnerable Settings Act or S. 1580? It is a bill that focuses on giving more educational and economic opportunities to displaced girls.

What is the Problem?

In 2016, 65.6 million people were identified as forcibly displaced. This number included three different populations: refugees, people displaced within their own countries and asylum seekers. In 2018, the number of displaced people grew to roughly 68 million people. Refugees make up approximately 25 million displaced people and half of the refugees are children. Many of these children do not have access to education. This is largely because a majority of refugees are hosted by the least developed countries in the world.

What is Protecting Girls’ Access to Education in Vulnerable Settings Act or S. 1580?

S. 1580 or Protecting Girls’ Access to Education in Vulnerable Settings Act, is a bill that advocates the education of girls who have been displaced all over the world. The bill also grants The Department of State and The U.S. Agency for International Development (USAID) the ability to work on programs that will aid displaced girls. These programs must provide safe primary and secondary education, increase the capacity of schools in host countries and help girls receive access to educational and economic opportunities.

Under S. 1580, the State Department and USAID are also encouraged to collect data with the help of multilateral organizations. This data will be about how accessible schooling and economic opportunities are for displaced people and if the programs put in place by the bill have benefited them.

According to the Congressional Budget Office (CBO), S. 1580 has an insignificant cost to the federal government. Between 2019 and 2023, the bill will cost roughly $500,000, S. 1580 is drawing from funds that are already being given and does not require much additional funding. S. 1580 would also not create any budget deficits, i.e. it will not contribute to the national debt.

Where is the Bill Now?

S. 1580 was introduced in the Senate on July 19, 2017, by Sen. Marco Rubio. On July 26, 2018, the Committee on Foreign Relations issued a revised version of the bill without a written report to the Senate. Since then, the bill remains in limbo and there is currently no date for a vote on the bill. S. 1580 currently has 18 cosponsors, a majority of which are Democrats.

Foreign aid remains a small portion of the U.S. budget, approximately 1 percent. Despite this small number, it is important that the U.S. makes sure that money for foreign aid reaches the people that need it the most. S. 1580 ensures that conflicts and natural disasters do not get in the way of girls’ education. What is S. 1580? An opportunity to invest in girls who desperately need an education.