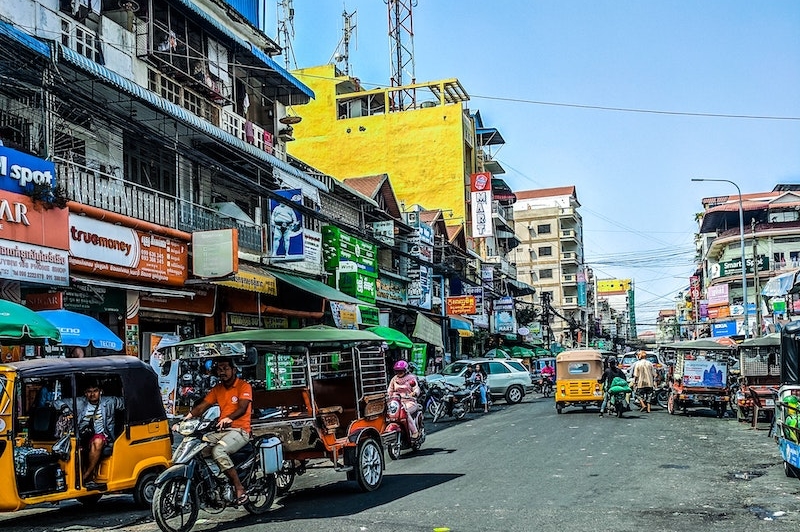 Cambodia’s economy has improved drastically over recent years, and this growth has followed a considerable poverty reduction in Cambodia. According to a study by Asian Development Bank (ADB), the national income per capita increased from $250 in 1998 to $795 in 2008. Furthermore, Cambodia’s economy sustained an average annual growth rate of 7.7% between the years 1998 and 2019, setting a record high for developing nations around the world.

Cambodia’s economy solely rests upon its agriculture industry, tourism, garment production industry and construction industry. The garment industry, in particular, has boomed in recent years and contributed heavily to the nation’s economic development. For example, 40% of garments that the European Union (EU) receives come from Cambodia. This number totals 30% for the United States, 9% for Canada and 4% for Japan. Multinational brands such as Adidas, Gap, H&M, Marks and Spencer and Uniqlo have garment factories located in Cambodia. Furthermore, the garment production sector in Cambodia has employed more than 600,000 Cambodians and accounts for more than 16% of the national gross domestic product (GDP).

Development in other fields, such as public health, has followed poverty reduction in Cambodia. According to the World Bank, the nation’s life expectancy has also increased from 58 years in 2000 to 70 years in 2020. The under-five mortality rate decreased from 106.3 per 1,000 live births in 2000 to 26.6 per 1,000 live births in the year 2019. The national government is buckling down on its commitment to the Health Equity and Quality Improvement Project (H-EQIP). The project, issued in 2016, has a commitment to implementing better health care for all Cambodian citizens.

The Cambodian Ministry of Health (MOH) has also initiated special services to help underserved communities and regions within the nation. An example of this is the voucher program for women’s reproductive services. Through the program, grants go to referral hospitals across the nation to help them better serve those in need. In addition to such programs, USAID has worked in Partnership with Cambodia in the last five years to further its public health systems. USAID has helped to train medical staff in tuberculosis management information systems in 47 hospitals across the nation. USAID has also distributed more than 37,000 mosquito nets to dengue and malaria-prone areas in Cambodia.

Going forward, the Cambodian government has future plans to further eliminate poverty within their nation. The Cambodia Sustainable Development Goals 2016-2030, National Poverty Reduction Strategy 2003-2005 and the National Strategic Development Plan 2019-2023 are all key cornerstones for Cambodia’s development. The key focus of poverty reduction initiatives has roots in implementing better social protection, ensuring equal access to economic resources and protecting ownership over land and property – three pillars that can support poverty reduction in Cambodia.

The World Bank Group’s work in Cambodia has a focus on adopting a rectangular strategy for development. The World Bank Group plans to address issues such as a lack of human capital, infrastructural gaps and limited professional development programs in Cambodia. A prerequisite for these goals is improving access to education in Cambodia, which in itself can be an antidote to poverty. Since 2016, 97.7% of all Cambodian children have attended school. Furthermore, student drop-out rates have plummeted both in cities and rural areas. These are all positive signs of progress that depict further poverty reduction in Cambodia.

Given the multilateral development that has taken place in Cambodia in the last decade, the nation has surpassed the lower middle-income tier and is now on its way to becoming an upper-middle-income nation by 2030. With sustained effort, collaboration and attention to infrastructural development, Cambodia has the potential to further its economy whilst eradicating poverty within its borders.