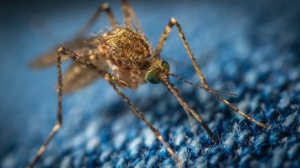 Mosquito-spread diseases such as malaria and dengue fever have plagued tropical regions for centuries. Most recently, the Zika virus emerged as a high profile danger to those living below the poverty line. Both malaria and dengue fever have higher mortality rates than the Zika virus. However, Zika causes birth defects. As a result, it promises to leave lasting effects on generations to come.

Scientists first discovered the Zika virus in Rhesus monkeys in Africa in 1947. In 1948, the virus made the jump to mosquitos, which would lead to the first reported case in humans by 1952. A rash is what characterizes the contraction of this virus. It also associates with Guillain-Barre syndrome and microcephaly in unborn children because of their increased risks.

How These Diseases Affect Global Poverty

The Zika virus made headlines in 2016 as it threatened the Olympics, though they were able to carry on. This press helped to demonstrate the power and danger posed by mosquito-spread diseases in countries like Brazil.

Zika is a disease of poverty, meaning that although the disease is preventable, prevention is often sequestered to wealthy regions. These regions can afford to take extensive preventative measures, such as the widespread dispersal of mosquito nets and extermination.

Brazil is on par with the global average GDP per capita. However, this nation and many others in South and Central America are also plagued with wealth disparity. This means that although some communities within Brazil can enforce preventive measures against Zika and malaria, many others cannot.

Zika, malaria and dengue fever spread through the bite of mosquitoes that are infected. These mosquitoes typically come from the Aedes species. Any humid areas with heavy rainfall are likely to attract mosquitoes and be at risk of these diseases. Communities that lack proper infrastructure are also likely to have large pools of standing water. This, coupled with the tendency to overcrowd in urban areas, has left the impoverished and working-class people of South America, Africa and Southwest Asia susceptible to these diseases. This is not simply a health issue, but a class issue as well.

After years of research, the International Atomic Energy Agency (IAEA) announced another breakthrough in the prevention of mosquito-spread diseases in June 2020. To prevent such diseases, scientists have pioneered the Sterile Insect Technique. This method takes male mosquitoes and uses radiation to sterilize them. They are released into a wild population where they mate with female mosquitoes. Eventually failing to produce allows the diseases carrying species of mosquitoes to die off. This technique promises to reduce the percentage of disease-spreading mosquitoes over the course of several mosquito generations.

The major issue with the plan is dispersal. As the IAEA notes, mosquitoes have delicate legs and wings that can easily be crushed in mechanical transport. This means that the sterilized males need to be hand released. This drives the cost up, makes the process slower and relegates it only to areas within a walkable distance (IAEA, June 2020).

However, in June, the IAEA tested a new sort of drone that promises to change the game. This drone flies smooth and consistently enough to release the mosquitoes without damaging them. As a result, there can be a great reduction in the treatment cost. Now, a variety of environments would be able to use it. These methods will also be able to reduce the amount of pollution and pesticides associated with mosquito nets in communities all over the world.

More Than A Trend: What Food Allergies in Germany Are Costing The Poor5 Countries Using EdTech to Improve Distance Learning
Scroll to top