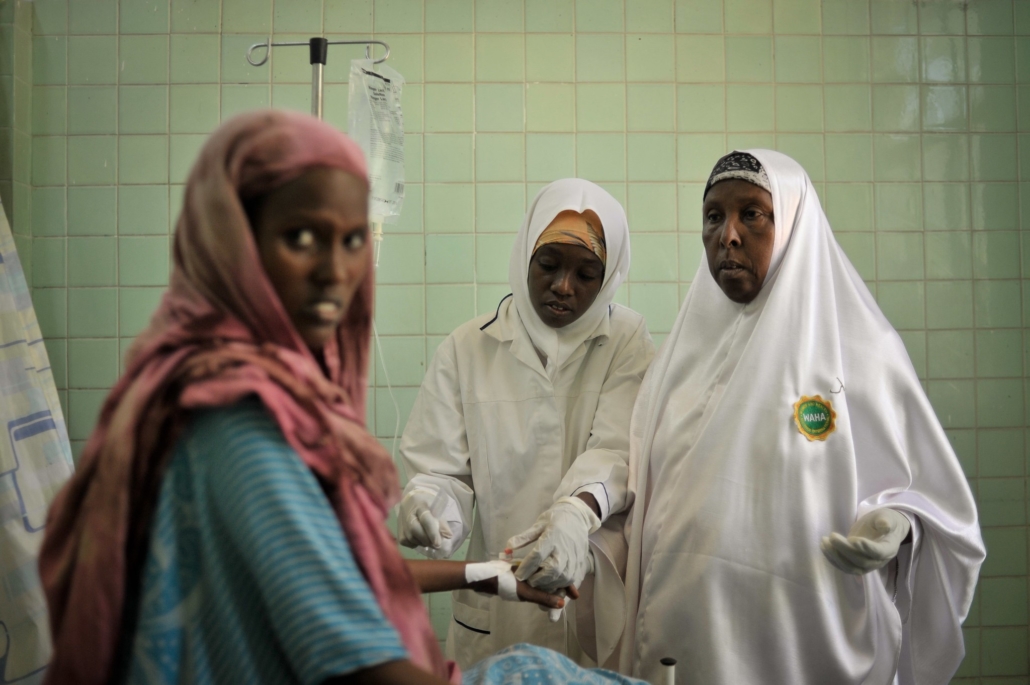 As of 2021, 98% of women between the ages of 15 and 49 have experienced female genital mutilation (FGM) in Somalia. The deep cultural roots of the practice make FGM difficult to eradicate, necessitating significant cultural shifts to end this human rights violation against girls and women. Female genital mutilation is a unique form of gender-based violence that older women tend to promote and carry out on their daughters. Many communities do not see the traditional practice as a form of abuse as some cultures view it as a way for mothers to protect their daughters.

Regardless of the reason, mothers typically view female genital mutilation as a way to protect their daughters. Proper awareness about the myriad of consequences to young girls’ long-term health is necessary to show that FGM causes more harm than any possible social benefits.

Person-Centered Communication in the Fight Against FGM

The fight against female genital mutilation in Somalia requires comprehensive cultural shifts and collaborative efforts from community leaders, governments and the health sector. While global efforts have made progress to slowly decrease rates of female genital mutilation and most experts agree that healthcare professionals are essential to the fight, it is still somewhat unclear how best to incorporate the medical field into the efforts. A new approach called Person-Centered Communication (PCC) is showing a lot of promise in the present.

Researchers are conducting a six-month study in Guinea, Kenya and Somalia across more than 180 prenatal care centers that are incorporating this method of anti-FGM action into employee training. Person-Centered Communication aims to pioneer a way to strengthen healthcare workers’ relationships and conversations with patients as a way to prevent female genital mutilation in the first place. It primarily focuses on training nurses and midwives to utilize their “double perspectives.” This includes medical professionals who treat the severe health impacts of FGM and community members who put a lot of cultural significance on the practice, in order to communicate the inarguable harms of FGM to patients without judgment.

PCC functions on the notion of mutual respect in which healthcare workers use medical, cultural and psychosocial training to treat patients as their equals while having productive conversations to discourage female genital mutilation in Somalia. Preliminary findings show that this gentle, judgment-free approach is successfully shifting the mentality around female genital mutilation. While the COVID-19 pandemic presents an increased risk to girls enduring genital cutting due to access to healthcare becoming more difficult, PCC initiatives have doubled down to continue making progress in Somalia.

As the study progresses, experts are seeing very promising results, primarily attributable to the double perspective of healthcare professionals. Because the health professionals come from the same or similar communities as the young mothers and understand the cultural significance of FGM, the professionals have an easier time convincing pregnant women to not cut their daughters. Approaching the conversations with mutual respect, kindness and an understanding of the culture and the good intentions surrounding female genital mutilation makes young mothers more receptive to conversations about why women should abandon practices of genital mutilation.

This is incredibly monumental as one of the most difficult aspects of addressing FGM is deep cultural roots and the ineffectiveness of outside judgment and pressure. Person-Centered Communication training in the medical field holds significant potential for decreasing female genital mutilation in Somalia by changing cultural and societal views through discussion and understanding.