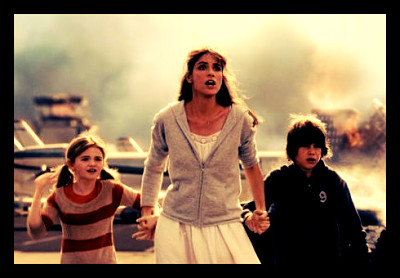 Imagine having the ability to know that something drastic was going to happen before it ever took place. Some might call it being psychic; others call it science.

Over time, technology has steadily risen and become more advanced. Recently, a team of neuroscientists “published a paper claiming it has developed a mathematical calculation that could potentially predict the tipping point of any massive event.”

These events would vary from market crashes, all the way to someone having a brain seizure.

This would be accomplished through a working system of nodes. During this, one neuron inside the brain would “ignite a stream of connected activity – a web-like chain reacting that unfolds in seemingly unpredictable ways.”

Scientists, however, have discovered that events can in fact be predicted with the proper information. A group of professors at the University of Sussex, along with colleagues working in psychology and physics, are conducting experiments that replicate monitored brain activity.

This team has also formulated an equation that disclosed the effects of information being flown between multiple nodes. Lionel Barnett, one of the leading authors on the paper, discovered that all of the elements “casually influence each other.”

“The dynamics of complex systems – like the brain and the economy – depend upon how their elements casually influence each other; in other words, how information flows between them,” said Barnett.

Since the system is this complex, how is it possible to be able to predict something so sporadic?

The team of researchers proposes that it is manageable to measure when a system reaches its “tipping point,” as it alters from a healthy system to one that shows immense change.

The theory was tested using a model that physicists use to predict “phase transitions” in standard systems. This, accompanied by supercomputers at the Charles Sturt University in Australia allowed the team to find the “global transfer entropy flow.”

This basically means that scientists have discovered that certain flows reach peaks repeatedly, right before a tipping point. If the possibility of this major scientific discovery is plausible, the world as is known will be altered entirely.

According to Anil Seth, the co-director of the Sackler Centre, “This would change the course of the dynamics and prevent seizures.” This was before Seth further suggested that the application could be used for financial, climate and immune systems.

Seth explained, in depth, that he believes this possibility is really feasible, in spite of the systems being so vastly diverse. On the other hand, although there is faith in the project itself, there are many factors that come into play.

For example, human error and factors such as interference from mathematically-drawn conclusions as a result of errors, could affect the results. Through further research, the team hopes to make exciting revelations in this field.