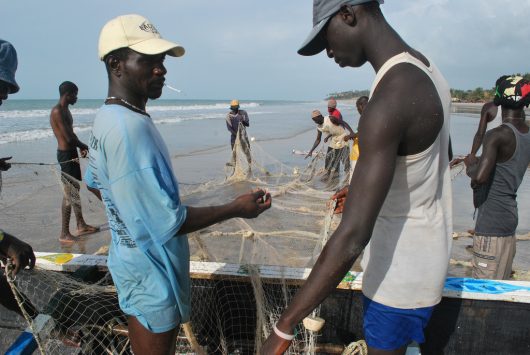 Last month, the African nation of The Gambia swore in its first-ever democratically elected president, Adama Barrow. The incumbent president took power after a month-long constitutional crisis in which former president Yahya Jammeh rejected election results and refused to leave his seat.

Initially, Jammeh accepted the 2016 election results until Dec. 10, when he declared his rejection of Barrow and refusal to cede power in The Gambia. The announcement incited political uproar within The Gambia. The uproar was so intense that Barrow, fearing for his safety, fled to Senegal.

Barrow was eventually sworn in at the Gambian embassy in Dakar, Senegal, and returned to The Gambia with a number of West African troops. On the same day Barrow was sworn in, military forces from Senegal, Nigeria, and Ghana attempted to restore power in The Gambia through military intervention.

The power shift was celebrated in the Gambian capital of Banjul where the conflict had generated fear for the security of many citizens’ lives amongst the turmoil.

Jammeh, who ruled the nation for over 22 years, was exiled to Equatorial Guinea after he finally stepped down in late January.

This shift of power in The Gambia may symbolize the strengthening infrastructure of politics within the African continent. Other nations’ decisions to rally behind the election results and defend Barrow’s ascent to power in The Gambia is recognition of a standard for good governance.

While the events in The Gambia do not signify themselves a wholehearted embracement of democracy, they certainly set a precedent for alliance and administration across the continent.

With rulers like Robert Mugabe in Zimbabwe or Pierre Nkurunziza in Burundi, both who have held power in their respective nations for over a decade, it is clear that there has been a continual problem with leaders who refuse to step down following the results of democratic elections.

There is still a long way to go as it seems the Economic Community of West African States enforces election results selectively. However, the shift of power in The Gambia signifies a positive development in the political dichotomy prevalent on the African continent.

Entrepreneurs in Developing Countries: Top 15 StatesRefugee Crisis in Europe: EU Must Do Better
Scroll to top