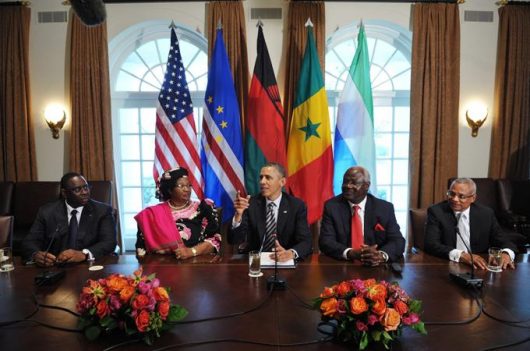 President Obama launched Power Africa, a program that would combine aid for those living in poverty with environmentally conscious energy options. The goal of the program was to double access to power in sub-Saharan Africa. Since that initial date, Power Africa has made much progress on their goals to add 60 million new electricity connections and do so in a clean way.

We can already see the growth that has occurred through the efforts of the Power Africa initiative. In 2015 the government of Sweden committed $1 billion to the project, which added onto the $8 billion already provided by the African Development Bank and the World Bank Group.

Transactions made by the project are expected to bring 4,100 Megawatts of electricity to areas in need. And during the Ebola crisis in Liberia, Power Africa partnered with the U.S. Government’s Disaster Assistance Response Team, providing generators for Ebola Treatment Units and thus supporting the work that healthcare professionals were doing in the containment and treatment of the disease.

Much of the progress the project has made in in the past several years is rooted in its partnerships with NGO’s, governments and corporations. For example, Google is investing in an exciting new renewable energy project that, when finished, will be the largest wind farm in both Kenya and Africa as a whole. This is an investment that Power Africa helped set in motion.

In addition to the partnerships that Power Africa has forged, they have also created tangible change through their programs such as the Beyond the Grid sub-initiative. This initiative encompasses over 100 projects that enable small-scale improvements such as mini-hydropower projects and rooftop solar systems. These improvements not only provide light and power but also provide jobs and stimulate economic growth.

The Power Africa project is taking on a massive issue that is of the utmost importance for the world’s most vulnerable populations. They have made great progress and are set to continue their good work quietly and behind the scenes, bringing life-changing light and power to those who need it the most.