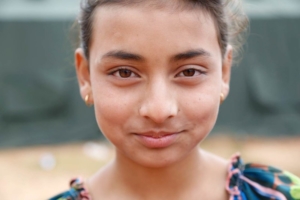 Nepal, a landlocked country in South Western Asia, is one of the few places in the world where rates of child marriage are not slowing. In certain areas, they are increasing. Although child marriage in Nepal has been illegal for over fifty years, 40% of Nepalese women between the ages of 20 and 24 were illegally married before their eighteenth birthday. Young boys are equally at risk. The number of child grooms is disproportionately high when compared to the rest of the world.

Contributions to Child Marriage in Nepal

Several factors contribute to child marriage in developing countries. Nepal has a patriarchal society that values girls significantly less than boys. Limited access to education and a negative outlook towards a sexual expression motivates adolescents to marry early. The most massive motivator, however, is poverty. Countries with a higher percentage of the population living on under $1.90 per day, including Nepal, frequently experience higher rates of child marriage. Poverty correlates to the high rates of child marriage in Nepal, including dowries and financial benefits, economic hardship of schooling and “love marriages” to escape poverty.

The Struggle with Poverty

Although rates have decreased over the past few years, Nepal continues to struggle with poverty. While poverty in Nepal has reduced from 15% to 8% in the last decade, the country remains one of the most impoverished in Asia and ranks 147th on the Human Development Index. Nepal is mostly made up of a landscape dominated by mountains. Being rural makes development difficult. The country also struggles with rapid population growth, political instability and a growing wealth gap between the very rich and the very poor. They all contribute to a high poverty rate.

Nepalese families often arrange marriages for their children for financial reasons. Girls who live under the poverty line are more likely to enter a child marriage in Nepal than girls who do not. This dilemma is due to the concept of a dowry. A bride’s family will provide the groom’s family with money or gifts to establish the marriage. Dowries increase the societal value of boys who receive them. They decrease the value of girls whose families must pay. Impoverished families rely on dowries as a source of income, incentivizing them to marry their sons, especially at young ages. In some areas in Southern Nepal, the dowry increases with the age of the bride. This motivates families to arrange marriages for their daughters quickly and early.

Additionally, many married girls stop attending school to care for their husband and start a family. Tuition and materials are costly, and keeping girls in school creates a financial strain on families. This strain is relieved when a match leads to an established marriage.

Child marriage also functions as a means to escape poverty. ‘Love marriages,’ or those not sanctioned by parents, are also common in impoverished Nepal. Young girls and boys often establish ‘love marriages’ as a way to leave their families. This can be done for many reasons, yet a common one is poverty. Matches form quickly to escape impoverished homes and enter a more secure situation.

The Nepalese government has implemented some strategies to decrease the high rates of child marriage in Nepal. The country recently increased their minimum legal marrying age to 20. Families who kept their daughters in school instead of arranging a wedding for them received cash incentives and bicycles in January 2019. Nepal has promised to eradicate child marriage by the year 2030. Although it is a daunting task, it is incredibly crucial for the health and wellbeing of Nepalese girls.

How a 50 Cent Deworming Pill May Help End Global Poverty Into the Unknown: US-Chinese Relations in the Era of COVID-19
Scroll to top