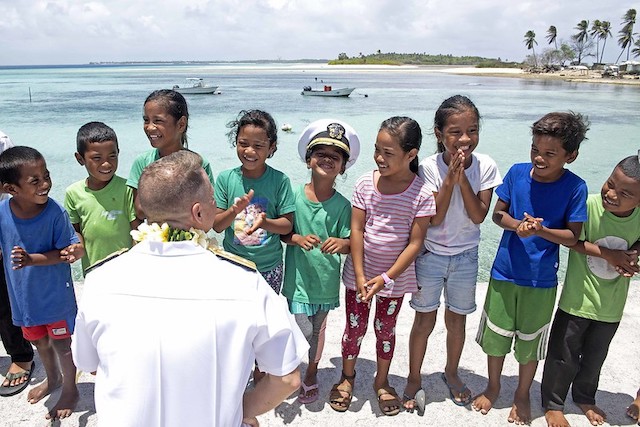 The Republic of the Marshall Islands is an island country in the Pacific Ocean consisting of more than 1,200 islands and islets. The Marshall Islands borders Wake Island, Kiribati, Nauru and Micronesia and are home to nearly 60,000 residents. Most of the Marshallese population lives in densely populated areas in Kwajalein and Majuro, the denominal capital city. Some residents living on the outer islands depend on fishing, raising livestock and subsistence farming to survive. However, the country’s primary sources of employment and revenue come from U.S. subsidies under the Compacts of Free Association (COFA). As well as land leasing for U.S. missile testing. As a result, many still live in poverty in the Marshall Islands.

Causes of Poverty in the Marshall Islands

For the Marshall Islands, a major cause of poverty has been the U.S. government’s activity in Kwajalein. The U.S. military performed extensive nuclear testing in the region between 1946 and 1958. This has caused radioactive damage to the region equivalent to “1.7 Hiroshima blasts every day for 12 years”. The resulting fallout of the Ronald Reagan Missile Testing Site displaced many Marshallese residents living on nearby islands to Ebeye. Despite relocating to Ebeye, many hope to find commuter jobs on Kwajalein island.
The unemployment rate in the islands has been as high as 40% as a result of such dependence on U.S. government jobs. The lack of gainful employment on-island has led to a shortage of skilled workers. Furthermore, the island has issues with tuberculosis and infectious diseases in addition to the lack of food security and pervasive poverty.

According to NewsHour’s Mike Tabbi and Dr. Hilda Hilne, the president of the Marshall Islands, climate change has further exacerbated the shortage of skilled workers. As Mike Taibbi explains, “Climate change is a big issue here, […] punishing king tides combined with persistent drought have wreaked havoc on dwindling freshwater supplies. The view among climate experts […] is that the islands are sinking, if not disappearing.”
Dr. Hilne fears that the rising tides and disappearing land combined with the high unemployment rates will continue the mass exodus. Given that more residents are leaving in search of education and employment opportunities in the U.S. She says, “People are looking for better things, and they think that anything in the United States is better than what we have here.” The troubling emigration rate means fewer educated and skilled workers to help those who stay face the mounting pressure from pervasive poverty.

Poverty and the Marshallese Youth

Poverty in the Marshall Islands has had dramatic effects on the Marshallese youth. According to UNICEF’s 2017 report, more than one-third of children under five showed signs of stunted development. This results from extreme poverty and malnutrition. Such poverty and malnutrition at a young age have drastic effects on a child’s learning and development. This will impair their earning potential and the ability to escape poverty in the future.
The World Bank is working in partnership with the U.S. International Development Association (IDA), UNICEF and the Marshallese government to address poverty through its 2019 Early Childhood Development Project. The initiative hopes to alleviate some of the strain on impoverished Marshallese families by funding social programs. For instance, healthcare, nutrition and education services for children in their first 1,000 days of life. The project hopes that providing support for Marshallese residents at such a young age will give them a better chance at living healthy, educated lives essential to escaping the cycle of poverty in the Marshall Islands.
As of 2020, the U.S. government provides roughly $74 million in funding to help alleviate poverty in the Marshall Islands, predominantly through the countries’ COFA. However, more than half of this funding goes to general budget support for the Marshallese government. Only $20 million is committed to education and $10 million to Marshallese healthcare. The government will need further assistance as well as new sources of revenue and employment to keep its people in the islands and out of poverty.
– Andrew Giang
Photo: Flickr

Flattening the Curve: Covid-19 Crisis in PrisonsViral Outbreaks During COVID-19 in the Developing World
Scroll to top