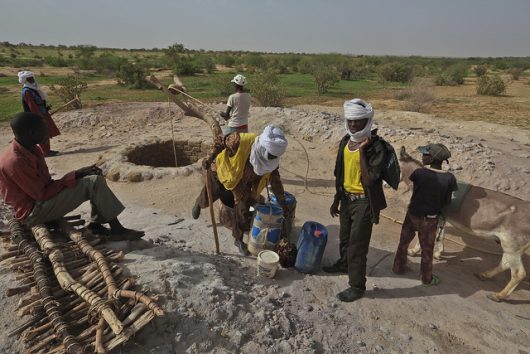 With a population of over 16 million, Niger is one of the poorest countries in the world. Two-thirds of the population lives below the poverty line and survives on less than a dollar a day. The United Nations also rates Niger as one of the least-developed nations in the world. Frequent droughts, insurgency and wide-spread poverty have negatively impacted Niger’s growth.

The poverty rate in Niger has had an effect on everyone; hunger and diseases in Niger only make the conditions worse.

In Niger, hunger is an endless issue. Malnutrition is widespread, causing at least two-fifths of children to be underweight and stunted due to lack of adequate nutrition.

In the 2010 drought, the United Nations World Food Programme discovered that at least 17 percent of children were malnourished. Two years later in 2012, Niger’s government estimated nearly half the population to be facing food shortages, which triggered the country to ask for international assistance. Agencies sent emergency supplies and fortified foods for mothers with children as well as working to help communities build greater resilience for future droughts.

Diseases stunt the poverty rate in Niger as well. HIV/AIDS has had an incredible impact not only in Niger but around Africa as a whole.

HIV/AIDS is a fatal, sexually transmitted disease. It damages the immune system over a long period of time which also hurts their ability to fight off other illnesses. An estimated 6,000 people die every day in Africa because of AIDS–this is more than wars, famines and floods.

Not only does AIDS kill those infected; it also affects the family and everyone around them. Because of AIDS, there has been a major strain on health services, school attendance for children whose parents are sick, the number of orphaned children has increased and the economic development in Africa has become impaired.

Because the poverty rate in Niger is so high, millions suffer every day. The poverty rate, hunger and disease in Niger are all linked. While there has been aid provided to Niger, it hasn’t been enough to bring the nation out of its poor state.

France’s Poverty Rate is Low, But Unemployment Remains HighHunger In The Cook Islands Places Second to Malnutrition
Scroll to top