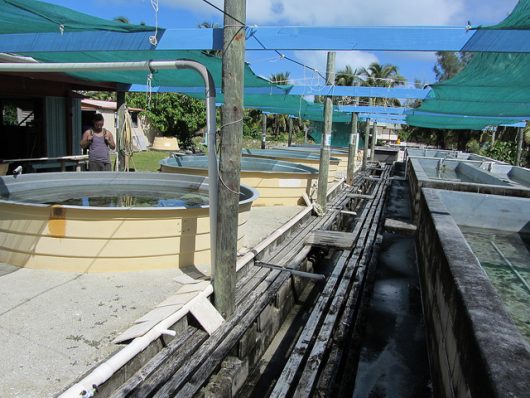 The Cook Islands are made up of a combination of 15 different islands, reside in the South Pacific ocean and have a population of 15,000 people who practice their unique language and diverse culture — a habit that many tourists enjoy. The country has over 100,000 visitors each year which significantly contributes to the country’s economy. Tourism paired with the abundant natural resources in the region has led to the decrease in hunger in The Cook Islands.

Hunger In The Cook Islands

Although hunger in The Cook Islands is not as widespread as in other developing nations and many citizens have access to their daily caloric needs, malnutrition is still a huge issue for the citizens of this country. Financial hardship due to a lack of education for many people in The Cook Islands has led to residents making food choices which often leads to malnutrition.

The cheapest foods in The Cook Islands are often the foods which can get caught in the wild or bought at a local market using little income. Fish acts as a staple food product due to its abundance in the South Pacific oceans.

A 2007 United Nations study states that The Cook Islands possess 133 commercial fisheries, 3,939 offshore fisheries and 5 freshwater fisheries. These practices have led to an abundance of fish in the country.

The issue, though, is that since fish are often the only food residents of The Cook Islands can purchase, they suffer from malnutrition that stems from a lack of micronutrients. Although fish can act as an excellent source of protein and omega three fatty acids, the human diet requires numerous other micronutrients to function properly. These micronutrients include Vitamins A, B6, B12, C and many others.

Although fish can provide the calories needed to sustain a human, it cannot provide the micronutrients required for optimal bodily conditions.

Hunger in The Cook Islands does not appear to be an issue and for many living in this country, this perception is correct. The abundance of fish in The Cook Islands can provide the needed micronutrients required for humans daily caloric intake. The issue with relying solely on fish for one’s caloric needs is that fish cannot provide all the essential vitamins and minerals required for a human.

The Current Poverty Rate in Niger: A Seemingly Endless IssueAttaining a Higher Quality of Life: Why Isn’t Aruba Poor?
Scroll to top