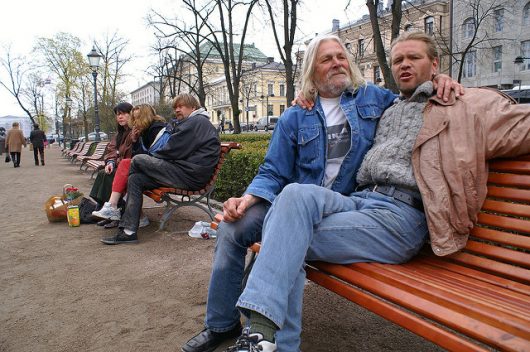 Finland is a country in Europe with a population of 5.5 million. The nation borders Sweden, Norway and Russia. Despite the nation’s small population, Finland is extremely impressive on the global scale. The nation is known for high quality education, equality and a national social welfare system. The poverty rate in Finland is also among the best in the world.

The Organisation for Economic Co-operation and Development (OECD) defines poverty rate as “the ratio of the number of people (in a given age group) whose income falls below the poverty line; taken as half the median household income of the total population.” As of 2014, Finland’s total poverty rate of .068 is the fourth best in the world, trailing Denmark, the Czech Republic and Iceland. For people under the age of 17 in poverty, Finland does even better, ranking second in the world.

The poverty rate in Finland is not among the world’s best by accident. The nation’s economy is open and transparent. It has well-maintained laws and a very low tolerance for corruption.

The nation’s many successes does not mean that everything is perfect. The economy struggled in recent years, forcing the government to take measures to bring back economic growth and reduce public debt.

Fortunately, things are already starting to turn around. In 2015, the economy grew for the first time since 2011, and that growth continued in 2016. In January of this year, Finland began a new program designed to help the nation’s people and economy. The trial, which will last for two years, will pay 2,000 randomly-selected citizens unemployment benefits of 560 euros every month.

The experiment aims to limit bureaucracy, reduce poverty and increase employment. At the moment, we cannot know for sure how effective this program will be. Critics argue that the program may encourage laziness, since people will be receiving a paycheck without working. However, there is hope that it can accomplish its goals.

Looking forward, Finland must work hard to strengthen its economy, which will include lowering labor costs and increasing demand for its exports. The population of Finland is aging and the nation is experiencing a decrease in productivity in traditional industries. All of this threatens the nation’s economy.

Nevertheless, the poverty rate in Finland is something to be admired. The country has and will continue to face many challenges, economic and otherwise, but its unique actions may be what it needs to stay ahead of the curve.