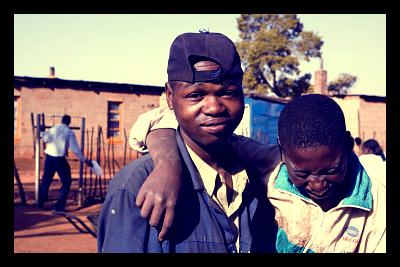 Since the eradication of apartheid in 1994, many South African residents have gradually seen improvements in their quality of life. Nevertheless, poverty still plagues the lives of many South Africans, and residents of the capital city of Johannesburg are no exception.

Poverty in Johannesburg still generally falls along distinct racial lines, with black residents making up 72 percent of Johannesburg’s “poor,” according to the government website.

The government attributes much of the city’s poverty to apartheid’s enduring legacy. During apartheid, Johannesburg was divided into a series of local districts segregated by race, with the white districts being substantially wealthier and more self-sufficient than the black districts. Today, racial districting has ended, and the Johannesburg municipal government has been tasked with overseeing seven times the population it had under apartheid.

Illegal immigration also places major stresses on the city, the Johannesburg government reports. In sufficient numbers, migrants from other African countries can strain city and provincial services, which are “allocated on the basis of legal population.”

In response to these issues, the Johannesburg City Council has identified a series of reforms to be implemented, including progressive tax cuts for low-income property owners, low-income senior citizens and low-consumption water users; greater funding to community health services, such as reproductive health care; immunization programs; investment in housing infrastructure; and an overhaul of the city’s transportation system.

As a nation overall, South Africa ranks poorly in several global indicators of national health and prosperity. According to the World Bank, nearly one in ten South Africans live on less than $1.25 a day, one in four are unemployed and one in five are infected with HIV.