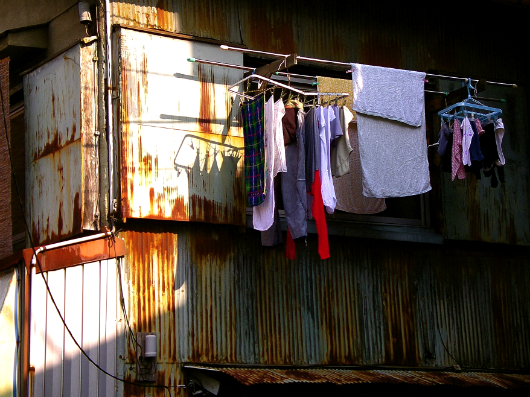 Japan has held the title of the one of world’s largest economies for over 40 years and although seemingly prosperous, an “invisible” problem has emerged. CNN reports “an astonishing one in six [people in Japan], or more than 21 million people in a country of 128 million” are living below the poverty line. The majority of these people are single women, the unemployed, the elderly and children. This staggering change in perspective for one of the more prosperous nations can be realized in the nation’s lack for a proper public assistance and public welfare program.

The current social welfare system that is in place by the Japanese Diet focuses not on the economic and social stress of the poor but instead on dispersing pensions and health care to the “middle class.” This system carries over from the previous economic height of Japan, or “Bubble Period,” from approximately 1960-1990 when lifetime employment was commonplace and the majority of Japanese were “middle class.” This boom in economic sustainability thus became norm and has not realized the changing times where Japan is starting to accumulate debt and seek alternatives within the workplace.

An article from The Tokyo Foundation, which focuses on developing policy for a better Japan, states that, after the prolonged period, the illusion that all Japanese people belong to the middle class was created. They go on to state that this is characterized by the myth that Japanese-style employment is based on mass hiring of new graduates, lifetime employment, seniority-based promotion and copious benefits. Coupled with “traditional” gender roles the Japanese people became entrenched in the belief that this system worked and thus did not need to be changed. However, with the collapse of the economy at the end of the 1990s and a global economy change, “businesses actively sought to replace regular with non-regular employees in an effort to affect a recovery in their performance by reducing personnel costs to generate higher profits, or in other words, a ‘jobless recovery.’”

Nagoya is one of Japan’s major cities with a population of more than 2 million people – statistically speaking that means around 378,000 individuals are living in poverty within the city. The unfortunate result of the current system has lead to a sharp increase in the number of people living outside the protection of the businesses, companies and family welfare that accompanied it. The majority of these people have become a class of working, poverty-stricken people living in squalor.

Although there is a lack of traditional “slum” neighborhoods that you might see in more Westernized countries, these “working-poor” citizens of Nagoya, much like every other major Japanese city, live in areas with cheap hostels that have one room for all functions of living, except for hygiene. One bathing/hygiene area is usually shared with all residents of a hostel, numbering 20 or more.

Those few living in the hostels are the lucky ones however as there are still those who cannot afford even basic shelter and are documented living in tents and shacks. Although this number was documented to be only 758 individuals in 2000, it has only grown with those undocumented as the “working poor.”

Even though the “hidden” poverty problem can be found throughout Japan, in few places does the disparity between the rich and poor show more than in Nagoya. The traditional and persistent attitude of the public is to view the homeless to be idle, antipathetic to living with others, and “dirty and dangerous.” They are often harassed and sometimes killed by citizen groups, particularly youngsters. Such public stigma has also prompted many local authorities to forcibly evict homeless people from public space.

There was a case in 1993 in Nagoya in which a member of the working poor, Mr. K. Hayashi, filed a case against the Nagoya City Hall. Due to the prolonged recession he became homeless, and he could not find a job because of his age and medical issues. So he applied for the public assistance measures for livelihood and housing. However the city approved the medical assistance only. The city’s decision was in line with the ministerial policy that practically denied the entitlement of the homeless to the welfare measures just because they had no residence.

Interpretations on legislation coupled with negative opinion on the situation has led to an institutional irony that prevent people, like Mr. K. Hayashi, from escaping poverty. It unfortunately has become rather a customary practice of local authorities not to extend such measures unless an established residence is proved, and hostels do not count as they are temporary housing.

Although the overall issue of poverty has been addressed – on April 2, 2015, current Prime Minister Shinzo Abe revealed plans to set up a fund to help alleviate child poverty – this issue is only recently gaining traction within the Japanese government and has not yet had any significant change.