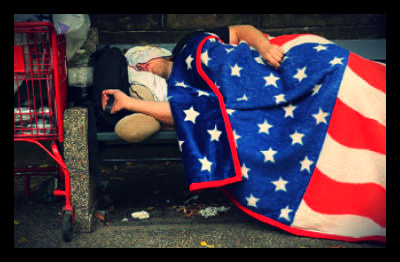 Although the United States ranks among one of the richest nations in the world, poverty persists throughout the country. However, in the midst of the plenty, defining American poverty is an arduous task. When brand new model cars and upscale mansions dot city streets and suburbs, what exactly constitutes as poverty in the land of the rich and free?

According to the Institute for Research on Poverty, the federal poverty guideline (with the exception of Alaska and Hawaii) for a household in 2013 consisting of one individual is $11,490, while the threshold for a family of four is $23,550. The national poverty lines delineated by the federal government were initiated after the work of Mollie Orshansky, a statistician who worked with the Social Security System in the 1960’s.

Orshansky calculated the poverty level by estimating the average proportion of income that a family sets aside for groceries in conjunction with the average standard of living. Since the cost of food changes from year to year along with the socially-acceptable standard of living, the federal government adjusts Orshansky’s formula for calculating the annual poverty line by accounting for inflation.

Poverty guidelines provide the minimum income level in order to ascertain eligibility for federal poverty assistance programs such as Head Start for education, Food Stamps for sustenance, the National School Lunch Program for nutrition, and the Low-Income Home Energy Assistance Program for energy costs. However, other programs such as Temporary Assistance for Needy Families do not implement poverty guidelines when determining an individual’s or a family’s eligibility.

However, according to a 2007 Gallup poll, many Americans agree that $23,550 is not a sufficient measure of poverty for a family of four. According to Orshansky’s measure of poverty, the poverty guideline for a family of four today, should actually amount to $41,000, meaning that with current poverty guidelines, many Americans who are classified as above the poverty line are actually near or within poverty, but, by government standards, fail to quality for many assistance programs.

Despite government-initiated assistance programs, for the second consecutive year, the U.S. poverty rate hovered at 15 percent in 2013 according to a report released by the U.S. Census Bureau, meaning that between 2012 and 2013, little progress at had been made in providing adequate relief for the estimated 46.5 million impoverished Americans. Quite dismayingly, roughly 34 percent (16 million) of the individuals living in poverty in the United States are children. Therefore, the poverty line must be recalibrated and reflect the true costs of living in America in order to initiate a substantial decline in the federal poverty rate.