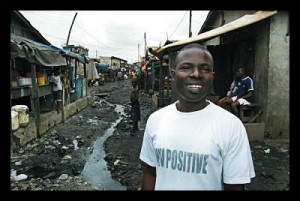 Lagos has often been called the world’s next ‘mega-city’ due to its increasing urban population growth and economic development. As of this year, the population of Lagos is expected to reach 25 million and it is certainly showing no signs of slowing down. In recent years, Lagos has witnessed a surge in commercial business and industry, resulting in an increase of wealth to the country as well as a fortunate group of Nigerians and foreign investors. Yet, despite the influx of national growth, many Nigerians are still living in substandard conditions and are subjected to malnutrition, poverty and economic instability.

According to The World Data Bank statistics, 62 percent of Nigerians live on less than $1.25 per day. Extreme poverty remains high in rural parts of Nigeria, where political instability, low access to education and inadequate healthcare are contributing factors of the nation’s high rate of poverty.

The population most affected by high poverty rates is always children. In Nigeria, 43.2 percent of the population are children ages 0-14. With the average woman birthing at least five children, it becomes difficult for large families to sustain themselves with the few resources they are provided.

Lagos, Nigeria is faced with the issues of increasing population and competition for the nation’s resources. The World Bank estimates the country’s GDP at $521.8 billion and the Nigerian economy depends largely on oil exports, agriculture and a growing technological sector. But what of those living below the international standards of poverty in Lagos?

According to the OPHI, 20 percent of the Lagos population are vulnerable to poverty, and the intensity of economic deprivation in Lagos stands at 41.1 percent.

In Lagos, two out of three residents live in the city’s notorious slums—settlements built to accommodate the overcrowded communities. Many families and individuals who inhabit these slums came to Lagos from other regions of Nigeria with the hope of escaping the rural poverty, deprivation and political instability of their home states. However, the Lagos city center has offered little solace.

The Ajegunle district, located in the heart of Lagos, is home to some three million Nigerians who live in poorly built structures with little to no infrastructure and poor standards of living. Many of its residents lack access to clean water and proper sanitation; families often do not have sufficient resources to send children to school.

Poor access to water and improper water sanitation has also been credited as a leading cause of economic disparity in Lagos. Local fisherman rely on the region’s water sources to provide fish for them to sell at markets and feed their families. The frequently contaminated water does not yield very many fish, causing many families to go hungry.

There is a large gap that exists between the wealthy and poor in Lagos. While the wealthy continue to climb the economic ladder, many of their poor compatriots remain at the bottom. Yet, in the wake of Nigeria’s recent presidential election of Muhammadu Buhari, some Nigerians remain hopeful that democracy will open doors for improving Nigeria’s future.