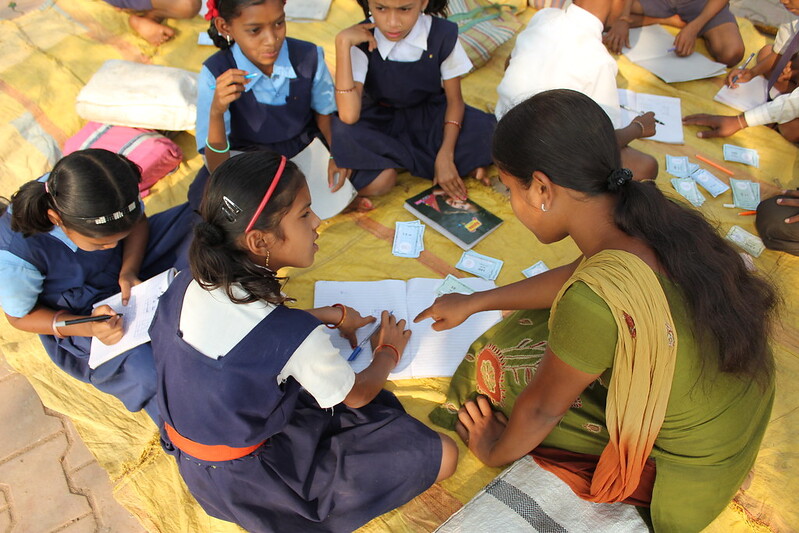 With the pressing global issue of world poverty, one can find hope for meaningful change in the work done by nongovernmental organizations (NGOs). One particular NGO making its mark in the fight against poverty is OneProsper International, a Canadian-based organization working toward solving poverty and improving rates of illiteracy among females in India, particularly in the impoverished Thar Desert. Here is how OneProsper International is working to reduce poverty in the Thar Desert.

In 2019, 20.8% of India’s population lived below the poverty line. Taking the headcount ratio of poverty into account, one can note that India has made great strides in reducing this ratio since 1973 when poverty stood at 54.9%. Despite progress, this rate of poverty is still notably high. With hundreds of millions of people still living in poverty, OneProsper saw a chance for meaningful change.

Founder Raju Agarwal from Ottawa, Canada, first came up with the idea to start OneProsper International on a trip to India where he was able to observe the extreme poverty and education problems firsthand. In an interview with The Borgen Project, Agarwal described a visit to India in his early 20s. He said that “a girl approached me holding a baby. I asked the girl why she was not going to school. She answered that she would love to go to school but did not have the opportunity.” Agarwal was moved.

Unsatisfied by several unfulfilling jobs at companies, some years ago he came across the book “Leaving Microsoft to Change the World” by John Wood. Drawing inspiration from the book, he saw a clear path and purpose, subsequently taking action to begin the nonprofit now known as OneProsper International.

The Importance of Girls’ Education

Since this initial experience, Agarwal has grown OneProsper into a meaningful and thriving organization that now works to reduce poverty in India with a special focus on promoting education for girls. Agarwal recognizes the importance of education as a tool to break the cycle of poverty. Through education, girls are able to acquire the knowledge and skills necessary to access stable and higher-paying, skilled jobs. With a stable income, girls are then able to lift themselves and their families out of poverty. Studies show that girls who attend school are less susceptible to child marriage and early motherhood. Educated mothers are also more likely to prioritize the education of their children, creating a ripple effect of benefits across the nation.

OneProsper adopts a holistic strategy to address the barriers to girls’ education in India. The program outlines seven key steps, each resolving an obstacle:

The organization’s website expresses that 100% of donations go toward supporting the people in the Thar Desert and directly funding girls’ education. Through this strategy, 260 Indian girls are able to receive an education and 130 families are receiving support to rise out of poverty.

The English Learning Buddy (ELB) program consists of English-speaking volunteers virtually meeting with Indian girls from low-income families to teach them English. In this 10-week-long program, partners meet weekly and read from a children’s book, working to develop the Indian student’s English skills. Learning English gives these girls a chance to advance in their education, potentially internationally, thus breaking the cycle of poverty and opening them up to opportunities for success and prosperity.

When discussing future goals, Agarwal says he plans to continue to expand OneProsper International through events and fundraisers. He stated that “My goal is to engage students in fundraising. For example, organizing a soccer tournament, festival or fundraising event planned and led by students. Students would help to raise funds to sponsor girls in India. Afterward, students will receive videos showing how their giving is making a meaningful impact.”

Through the efforts of OneProsper International, the most disadvantaged girls in India are able to gain an education and an opportunity to bring themselves and their families out of poverty. Through its continued work, poverty in the Thar Desert should reduce.