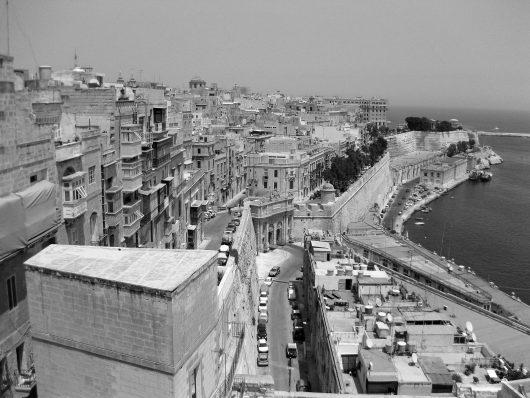 The state of poverty in Malta is categorized as relative, but 2014 estimates show that 15.9 percent of citizens live below the poverty line. However, poverty in Malta is a consequence of recent economic expansions at the expense of employment stability, access to child care and has marginalized family incomes, especially for single mothers.

Economic stability in Malta is driven by tourism, trade and manufacturing. The country also boasted the European Union’s (EU) lowest unemployment rate of 3.9 percent in July 2016.

Malta is located between Sicily and North Africa, situating the country within several of the world’s highest trafficking shipping routes. The government of Malta recognizes the potential for growth due to the influence of global investment and trade.

Foreign direct investment (FDI) in the forms of health technology, communication and information technology, aerospace and defense and finance services to expand the rate of economic development is especially important, according to the U.S. Department of State.

According to the 2010 European Social Watch Report, economic infrastructures in Malta established increased flexibility due to labor market deregulation and liberalization of the market.

Economic developments have resulted in more jobs and profit, but at the cost of the deterioration of labor standards, unstable work status, unemployment and decreased incomes for families.

According to the University of Malta, groups that report the lowest yearly average are single parents, parents of big families and the elderly. These individuals are at a higher risk of poverty than others, while all aforementioned groups report housing inefficiencies to be a notable hindrance. Due to low familial incomes, children often lack access to food, adequate housing, health care and clothing.

The European Commission noted that Malta is relatively far from achieving its poverty reduction target as outlined in the Europe 2020 Strategy in a 2016 Maltese country report. Individuals with low skills and children have been affected most, while the absence of material goods in households further contributes to the facilitation of poverty and social exclusion.

As a recent addition to the collection of member states within the EU, the country is in the process of implementing 17 Sustainable Development Goals (SDGs).

However, the Maltese Ministry of Foreign Affairs (MFA) has yet to operationalize educational initiatives but stated that, “Malta is fully committed to the implementation of the 2030 Agenda and in this regard is participating and following discussions at both regional and international level.”