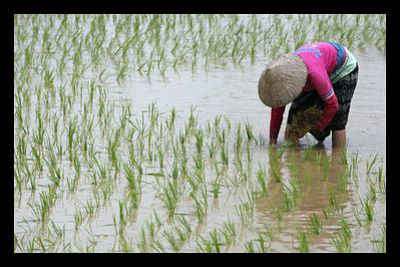 With the collapse of the Soviet Union in 1991, Laos found difficulty in altering their “political and economic landscape.” Despite various attempts at reforms, Laos remained dependent on international donations following the 1990s. Majority of these donations spur from Japan, China, and Vietnam.

In spite of their conditions, the country has been able to make impressive gains within the past 20 years. In the 1990s, the proportion of poor individuals was 39 percent. By 2010, this number decreased to 27.6 percent.

Over the years, Laos has experienced various complications in reforming their economic state. The government has gradually enforced economic and business reforms since 2005. In 2011, a stock market was also opened in the hopes of shifting towards capitalism.

Although these measures have been taken, economic growth in Laos has reduced poverty on a minimal scale. In 1997, the Asian currency crisis struck a deafening blow to the country, causing them to lose more than nine-tenths of their national currency’s value against the US dollar.

The landscape of Laos adds to it’s state of disparity. Being a heavily mountainous area, the country is landlocked and widely blanketed by tropical forests. Less than five percent is suitable for any sort of agricultural subsistence, furthermore contributing to the 80 percent rate of unemployment.

Majority of the disadvantaged households are located in regions that are constantly plagued by the threat of natural disasters, lack livestock of any form, have a great number of dependents, and are led by women.

In Laos, women work more than men, taking an average of 70 percent of farming and household tasks on, while also caring for young children. The literacy rate of women is generally 54 percent, while being 77 percent for men.

One-third of those living in Laos lives below the national poverty line, lacking resources necessary to lead healthy lives. According to Health Poverty Action, less than half of all women who go into labor have a doctor, midwife, or nurse to support them.

Around 40 percent of the children in Laos are chronically malnourished and suffer from severely stunted growth. In various ethnic groups, this number increases to a disturbing 60 percent.

There is good news for the country of Laos, however. In 2010, a Nam Theun 2 dam scheme was inaugurated, projected to provide $1.3bn to the country. This will be used in order to generate electricity to allow exports to Thailand. This step forward will not only boost the economy, but help develop infrastructure as well.

In early 2011 the country was also set to have the construction of their first high-speed rail begin between Laos and China. With all of the anticipated infrastructure and improvements to the overall economy, many hope that Laos will experience relief soon.