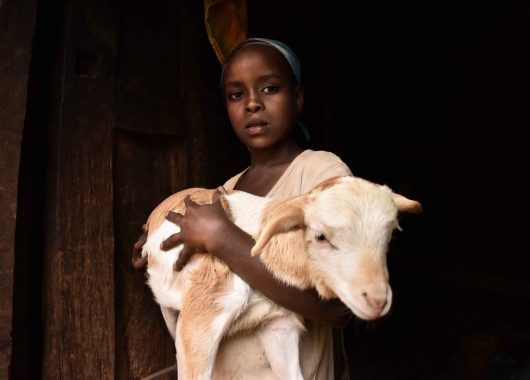 Like many of the African nations that have gained their independence from a European power, poverty in Ethiopia has been exacerbated by regional conflict that caused widespread poverty to infect communities across the country.

Ethiopia was one of the first countries to claim their independence in 1896 after the Italians were rejected from the nation. Unfortunately, geopolitical conflict continued to plague the nation as the neighboring Eritrea staked a claim to its own independence in the late 20th century. The tension culminated in a border war at the turn of the century.

The social malady that most affects Ethiopia is malnourishment. In 1984, famine struck the nation which required a huge foreign aid response from the Western world. Ever since then, the Ethiopian government has had trouble feeding its large population of over 86 million. The nation remains reliant on Western nutritional support as their developing economy starts to emerge from its fledgling status.

Ethiopia’s GDP per capita began an early improvement in the 1990s, as the country began its recovery from conflict and famine in the 1980s. The Eritrean dispute forced GDP per capita down once again until the mid-2000s. Since then, Ethiopia’s growth has exploded to $541.87 up about 400 percent. The progress in the economy has helped reduce poverty rates significantly.

Even so, there is still a long way to go. Based on the United Nations Development Programme’s Human Development Index, Ethiopia ranks 174th out of 187 countries. In order to improve that statistic and further fight hunger, the East African country needs to improve its use of its valuable arable land. The Rural Poverty Portal estimates that “only about 25 percent of its arable land is cultivated.”

Expanding Ethiopia’s agricultural base is, perhaps, the most efficient way of reaching the population spread out over the country. In 2014, it was estimated that over 78 million people live in rural areas, while the remaining are concentrated in urban hubs. Providing better technology for food production and better infrastructure for distribution could be an ideal way to attack malnutrition.

The International Development Research Center conducted a case study called “Ethiopia: Breaking the Cycle of Poverty in Ethiopia.” The author, Mike Crawley, investigated deeper into the “simple problem” that plagues the population, “not enough food.” His research found that individual farmers are limited in their production abilities by “too small landholdings, poor agricultural practices, and lack of potable water.”

The solution? Change the way these individual farmers operate so that they can help themselves and their community. The organization’s team sought to convince “farmers to think about whether they could begin to make some positive changes on their own rather than wait for assistance from outside.” The mentality that helping the community is not outside the purview of helping oneself is one that will be essential in the fight against poverty in Ethiopia.