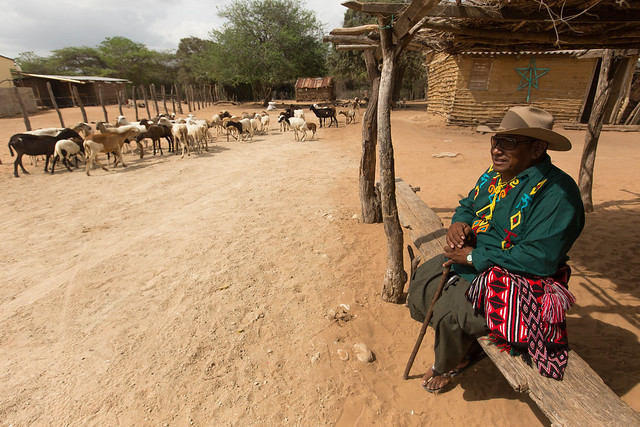 Macroeconomic trends show there has been equitable growth in Colombia. While as of 2017 Colombia holds the second-highest wealth inequality rate in Latin America, only slightly better than Brazil, it has been on a downward trend since 2000. Additionally, poverty in Colombia dropped by 15% between 2008 and 2017 to a low of 27%. Extreme poverty was cut in half from 2002 to 2014, with more than 6 million people moving out of poverty. This put more Colombians in the middle class than in poverty for the first time. Finally, between 2008 and 2017, the country’s gross domestic product grew at a rate of 3.8%. This is more than twice as fast as the members of the Organization of Economic Cooperation and Development.

However, increasing exports drives much of the recent growth and reduction in poverty in Colombia. Commodity prices have risen significantly over the past several years. This growth is unsustainable, as a recent drop in prices has hindered the export industry. Colombia has also been struggling with such issues as a lack of financial inclusion, low productivity, low-skilled workers and a large informal economy.

The informal economy consists of such jobs as farmworkers, taxi drivers and street vendors where “they make no direct tax contributions, have no security of employment and do not receive pensions or other social benefits.” As of May 2014, informal workers made up nearly two-thirds of the Colombian labor force. This means millions do not possess a dependable income. They do not have the opportunity to contribute to or receive a pension fund or other government benefits. For these reasons, the large informal sector is also a big contributor to inequality and poverty in Colombia.

Another major issue holding back Colombia has been its decades-long internal struggle for peace. Nearly a quarter-million Colombians have died from the conflict, with 25,000 disappearing and nearly 6 million being displaced. Although a peace agreement was reached in 2016, tensions are still high in the country between the government and the rebel militia.

Nonetheless, steps are being taken to ensure that Colombia is able to continue its recent progress. With nearly 6 million people displaced because of the internal conflict, land restitution is a key step to make. With the help of the World Bank, 1,852 land restitution legal cases were held by the end of 2014. Additionally, the World Bank helped the Colombian government give reparations to those affected by the conflict, with a focus on Afro-Colombian and indigenous groups who were disproportionately affected.

Digitalization and use of technology are being used to help formalize businesses by simplifying the registration process and making tax collection more efficient, enabling businesses and individuals to pay taxes and contribute to the pension system and providing them access to many social benefits. Digitalization also provides greater access to financial services. This is done by providing micro-credits, expanding the outreach of banking services, lowering the cost of financial services and simplifying electronic payments.

The United States Agency for International Development (USAID) has also been involved in helping decrease poverty in Colombia by increasing the presence of democratic institutions in the country. Through this, the USAID hopes to “foster a culture of respect for human rights, promote access to justice, increase public investment and provide services to historically underserved and conflictive rural areas.” This organization fights for inclusive growth and encourages investment in rural areas. Additionally, it helps producers expand their market, provides financial services and helps restore the land to its original owners before the conflict.

All of these efforts and many more are being made to reduce poverty in Colombia. The goal is to keep the country on a path toward equitable and inclusive development that leads to a reduction of inequality.