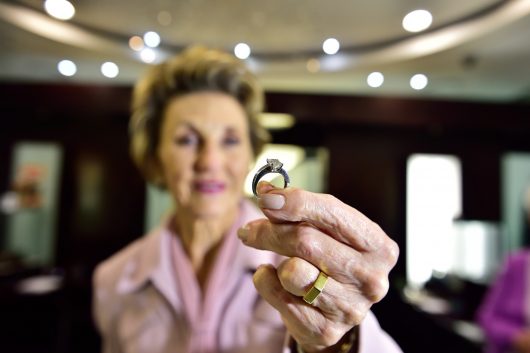 Supported by the discovery of diamonds, poverty in Botswana has reduced while the country has achieved universal access to HIV treatment and strengthened their social services.

Botswana, a small landlocked country of 2 million people, was once one of the poorest countries in Africa. In 1996, the country was one of the least developed and poorest nations in the world with a per capita annual income of $83. In the years that followed, Botswana had one of the fastest growing economies in the world. By the 21st century, Botswana’s per capita annual income was $7,300. The success has come from Botswana’s partnership with De Beers, a diamond mining and trading company, which helped develop its diamond resources.

The diamonds of Botswana are very difficult to find. They are not sedimentary, rather they are found deep in the ground making them more valuable. The country shares joint-ownership, which guarantees Botswana the majority of the profits, with De Beers.

Due to low global demand for minerals and metals, Botswana’s economy began to decrease in 2012, but bounced back in 2013 and then decelerated again in 2014 and 2015; however, the economy is expected to rebound with projected economic growth rates of 3.7% and 4.3% respectively in 2016 and 2017, driven mainly by an improvement in diamond prices.

Once the money from diamonds starts coming in, all the revenues are reinvested in other assets. Priorities include investing in schools, roads, electricity and getting running water into homes and farms.

When the HIV/AIDS crisis came to Botswana, the country used its diamond money for public investment to essentially buy HIV/AIDS treatments for every citizen that was infected. Nearly 95 percent of the population now lives within 8km of a healthy facility.

Botswana’s discovery of the diamond has created more than 2,000 jobs and stabilized the economy. The percentage of people in poverty in Botswana continues to decrease, with a decline in citizens living at or below the poverty line from 50 percent to about 19 percent today.