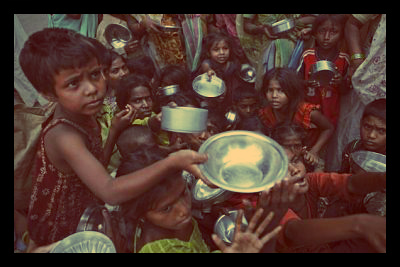 Swaziland is considered a low-income to middle-income nation. However, over 50% of the population lives below the national poverty line and makes less than 2 dollars per day.

Weather conditions contribute to the impoverished conditions. Droughts and flooding have caused years of food shortages and an increase in food prices. Maize, which is Swaziland’s main export, exceeded 100,000 tons 10 years ago and is now harvested at a rate of 70,000 tons. Weather, disease and unorganized food management programs are partly to blame for the plummet.

Health complications play a vital role in unsuccessful food productivity. For instance, Swaziland holds the highest rate of HIV/AIDS and Tuberculosis in the world. Nearly half of all women are HIV positive, along with over 80% of tuberculosis patients. With such high prevalence rates of HIV, the number of orphaned children is well over 200,000. Sadly this number will jump by over 50,000 by 2015.

Stunting causes numerous health and work related problems for the population, as well. Roughly 31% of children and over 40% of adults are stunted.

All of these health issues contribute not only to high mortality rates but a poor economy. Reports show adults who are stunted miss more work days and are less productive then non stunted individuals. Stunted individuals have more health problems and are more sickly. Education is also affected by the effects of undernourishment.

Many individuals end up dropping out of school and/or repeat coursework. Therefore workers required to use critical thinking or reasoning skills often provide low productivity. According to “the Cost of Africa Study,” Swaziland loses 783 million per year due to hunger-related illnesses.

Many blame the poverty-related conditions and hunger on the Swaziland government. The king’s lavish lifestyle reportedly depleted funds meant for the starving Swazi people. Reportedly, the king also enjoys 13 palaces, a private jet and luxury cars. He is quoted saying to the starving people that “hard work and prayer” will bring you out of poverty. He says this while the plans to tear down a school for a remolding project for one of his palaces is in the works.

Swaziland is a small landlocked country surrounded by South Africa and Mozambique. Its population, which reigns in at just over one million, is ruled by King Mswati III, one of the last absolute monarchies in the world. Many people believe that hunger, disease and malnutrition would decline if Swaziland became more of a democracy. Mswati does not support democratic transition, however.