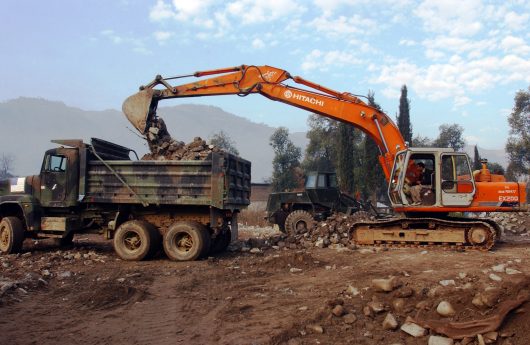 It was recently revealed in the 2017-2018 Economic Survey of Pakistan that the percentage of the Pakistani population living below the poverty line (on $1.90 per day or less) has dropped to 24.3 percent. This indicates that the poverty rate has been effectively cut in half over just the past ten years, a remarkable feat for the developing nation. These numbers are not just the result of a few years of good luck. The International Monetary Fund says that Pakistan’s fiscal outlook is “broadly favorable” and that economic growth is likely to continue into the coming years.

How Politics Help the Poverty Decline in Paksitan

The report suggests a variety of reasons for the poverty decline in Pakistan, but one of the primary factors is a more stable political environment. Beginning in 1999, Pakistan was under the rule of Pervez Musharraf. Musharraf assumed the roles of both president and head of the army and imposed harsh military rule over the country. Pakistan fell into political turmoil as Musharraf continued to grant himself more power over the years, repeatedly suspending the constitution and dissolving parliament in order to get his way.

In 2008 the Pakistani People’s Party (PPP) finally forced Musharraf out of power and replaced him with Asif Ali Zardari, a civilian president who put an end military rule. It was at this point that Freedom House changed Pakistan’s ranking from “Not Free” to “Partly Free.” In 2013, there was a peaceful transition of power between two democratic governments for the first time in Pakistani history and the country has maintained its “Partly Free” status to this day.

The power shift in the government has contributed to the poverty decline in Pakistan because when a country is politically stable, investors are more likely to make deals there because there is a decreased risk of the laws changing and of their contracts being altered or nullified. With this in mind, it is easy to see how Pakistan’s democratic process has led to a higher level of confidence in the private sector.

Another contributor to the poverty decline in Pakistan has been the implementation of the Social Safety Net Programme (SSNP). This is an umbrella program which encompasses many different welfare initiatives in Pakistan, all of which have the aim of providing financial assistance to those living in poverty and helping them out of the crisis. The largest of these is the Benazir Income Support Programme (BISP). The BISP serves 5.29 million beneficiaries and has reduced the poverty rate by seven percent on its own.

An additional reason for the poverty decline in Pakistan is the government’s shift in attitude toward the agriculture sector. Agriculture is crucial to the Pakistani economy as it makes up for 18.9 percent of the GDP and 42.3 percent of the workforce. In recent years, the government has implemented policies that focus more on supporting smaller farms, such as increasing agricultural credit disbursements and providing crop insurance to farmers. The government is also investing in new technologies to help modernize the industry, like new irrigation systems and drought-resistant seeds.

Clearly, the poverty decline in Pakistan is no accident. It took years of hard work and policy reformation by the Pakistani government to improve the welfare of its people. But Pakistan’s incredible achievement over the past decade is a sign of great optimism for developing countries around the world, a sign that real change is possible in even the direst of situations.