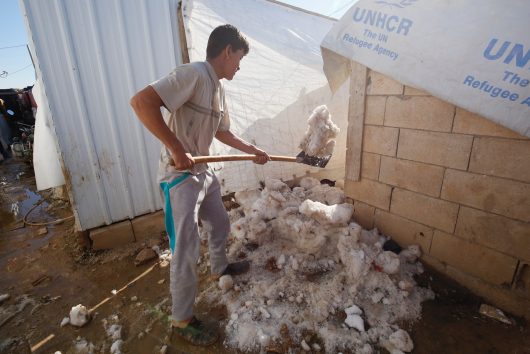 The crisis in Syria began in the March of 2011 when thousands of Syrians took to the streets protesting for a democratic government. Since then, there have been reports of horrific human rights violations. Syrians are either forced to live in fear or flee their country. Due to the political unrest and unfair treatment of Syrians, basic humanitarian needs such as food is not fulfilled. Hunger has increased dramatically in Syria and it is important for other nations to know the facts about hunger in Syria and realize the struggles and successes it experiences as a result of the hunger crisis.

Facts About Hunger in Syria

There is still a long way to go for Syrian refugees, however, these top 10 facts about hunger in Syria highlight the good and the bad in this devastating crisis.