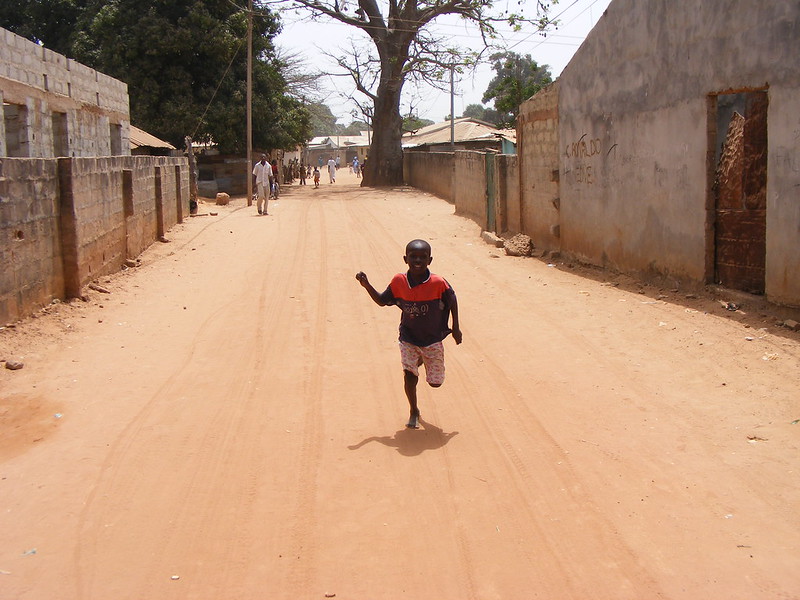 The Gambia is a West African country on the Atlantic coast. In 2019, the Human Development Index ranked The Gambia as 174 out of 189 countries. Despite the progress displayed in recent years, particularly in primary education, issues such as food shortages, malnutrition and poverty have only worsened. Roughly 48% of the population live in poverty conditions in The Gambia.

Peanut farming and processing remain the most significant industries in the country. The peanut crop is sold to The Gambia Groundnut Corporation. This company assigns the prices for the season in advance, pays the farmers and producers and then sells the product overseas. Once the peanuts are deshelled, they are pressed into oil at pressing mills. The leftover residue is used to make cattle cake.

As the tourism industry grows in size, the construction industry has grown in tandem. Other small industries branch off into selling and manufacturing food products, beverages, footwear, woods and textiles. But as one might expect, this dependence on agriculture limits The Gambia’s ability to make significant headway in advancing economic stability and infrastructure. The situation is worsened by the successive shocks of droughts and floods causing widespread damage, suffering and loss of life. These unyielding weather patterns and weak food production systems caused food insecurity to slowly rise over the past few years.

In general, most village houses consist of circular mud huts with thatched roofs. On rare occasions, they build several single-story concrete buildings. The location of homes in a particular community plays a large role in high levels of poverty, as well as with economic and social exclusion. The poor are more likely to live in larger polygamous family units, have more dependent children and live without electricity.

Informal jobs abound. The lack of off-farm labor opportunities in rural areas results in underemployment and outmigration, especially among women and youth. Also, The Gambia’s population is increasing at an incredibly fast rate. This speed is far outpacing the housing supply and the rate at which homes can be built. As a consequence, both villages and larger towns experience overcrowding populations. These conditions contribute to the development of slums in larger communities and poverty conditions in The Gambia.

Despite improvements made since The Gambia achieved independence, the overall state of national health is very poor. Inadequate sanitation directly causes most cases of illness. About one-third of people do not have access to safe drinking water. Malaria poses the most significant health threat, while other tuberculosis and various parasitic diseases are also highly prevalent health issues.

Even though The Gambia has a lower number of HIV/AIDS cases than many other African nations, it increased among younger women during the 2000s. On the other hand, the infant mortality rate in The Gambia is one of the highest in all of Africa, only made worse by the nation’s very young population. About two-thirds of all citizens of The Gambia are under 30 years old. A long-standing shortage of healthcare workers in The Gambia adversely affects the staffing of medical facilities, particularly in rural areas. To address this problem, the government established a medical school to train its doctors and implemented a series of healthcare strategies.

The Gambia’s environment, extreme reliance on agriculture and general lack of everyday necessities such as medical care places its citizens in poverty levels that are difficult to escape. But thankfully, hope exists in the many organizations that are working tirelessly to spread awareness and donate money and resources to The Gambia. One prime example is ActionAid Gambia, a nonprofit charity that focuses on achieving social justice, gender equality, and poverty eradication. Founded in 1972, the organization works to promote sustainable agriculture, improve the quality of public education for all children, advocate for women to receive economic alternatives and have control of their reproductive health rights and provide support towards eradicating diseases such as HIV/AIDS and Malaria. Over time and through many people’s efforts, it is possible to speed up the process of development to help decrease poverty conditions in The Gambia.