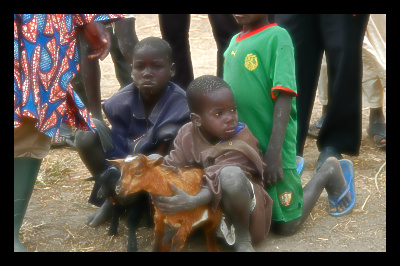 Like many countries in Africa, Cameroon boasts considerable natural resources. The country is located in the lush jungle area of the continent, just under the Sahara Desert.  This area is known for its incredibly rich soil, and is a land teeming with potential.

However, like much of Africa, Cameroon is continuing to struggle with its economic situation. While the rest of the world is seeing its poverty rate drop every year, most of Africa sees small to little change. The poverty epidemic continues to hold an iron grip around the country, and issues such as extreme starvation, lack of suitable water supplies, a lack of education and disease continue to hold down Cameroon.

The World Food Programme (WFP) has been combating the starvation situation in Cameroon for several years. The WFP provides food to primary schools, improves food security for at-risk populations by establishing community granaries and improves the rural economy through a food-for-work program. WFP also help instill a suitable water supply outlet for these communities, therefore establishing a reliable system of food and hydration for people in struggling rural areas.

The extreme hunger problem is slowly being alleviated thanks to efforts from programs like WFP and progress is also being made in the education area. Over 2,000 students have been directly impacted by the MTN Cameroon’s education plan. Recently, the MTN Cameroon team put over 2,000 girls aged 6-15 into school. By investing in the school system of Cameroon, MTN Cameroon is starting the path of success early in the lives of these young people.

Lastly, disease heavily plagues the Cameroon people. In 2009, there were 1.8 million reported malaria cases, a treatable disease in most parts of the world. Malaria was responsible for nearly a fifth of all kids’ deaths under the age of five.

With a shortage of medical professionals in the country–an estimated two doctors for every 10,000 people–the struggle to supply the people with professionals is evident. Because the number of true doctors runs so low, many medical cases are handled by nurses or other people who have not received proper medical training.

Adequate funding is lacking to improve the healthcare situation of Cameroon; only 6 percent of government spending is focused towards healthcare. With such a low number to provide care for the substantial health issues, the country can hardly keep up with its patients. Many of these patients cannot afford the health care, therefore dying because they could no get the needed treatment.

Cameroon is not a nation devoid of potential. The economy is shown to be growing; however, it is a gradual increase. The poverty in Cameroon is an epidemic still ravaging the country, holding it back from reaching its peak. The situations are being handled to the best of the abilities, but help is needed in Cameroon. Poverty directly affects 40 percent of the population.

They take time and effort, but in the case of disease and health care, the government has not stepped up to provide for its people. The country is making small steps, but the leap to escape poverty is not in sight. Many people in Cameroon have to fight to live another day, battling the demons and detriments of poverty constantly.