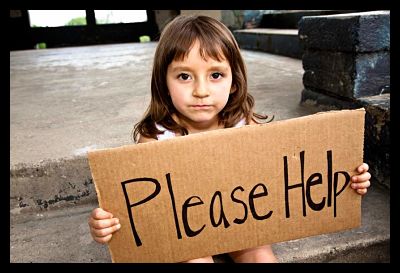 Creating a community of advocates is essential to ending global poverty.

According to USAID, approximately 1.2 billion people around the world currently live in poverty. However, from 1990 to 2010, global poverty has been cut in half and continues to decline today. The ultimate goal in this fight against global poverty is to eradicate it until it is no longer part of the world.

Although ending global poverty is not an easy feat, it is possible. Providing impoverished countries with the necessary tools to create a self-reliant community is an essential step. Tools such as education, healthcare and water are important influences on poverty.

Building clinics, water sources such as wells and schools for education can reduce the economic instability that exists in impoverished countries. Workshops on effective farming methods and fundamental knowledge can influence the day to day lives of the poor. By providing these tools, people can begin to translate what they have learned into their livelihood, which will in turn break the cycle of poverty and create a community with economic security.

Answering the question of how to end global poverty then becomes a matter of how to obtain and provide these necessary tools. The answer: creating a community of advocates.

When people are aware, committed and active regarding an issue such a global poverty, change occurs.

One of the ways the public can contribute is by raising awareness in the local community. The more people who are aware of the cause, the higher the chance of impact.

People can use their power of speech and right to vote to make the efforts to end global poverty known. Calling or emailing senators and local representatives in support of poverty-reducing bills can influence the amount of help given to fight global poverty.

Donating money and volunteering time to organizations that aid in the fight is another way to effect change. The Hunger Project and The World Food Programme are examples of organizations that use unique and effective methods to act against poverty. Coming up with new and creative platforms that engages the community is also another method.

It’s not about how large the act, but about the amount of people who act alongside the cause. It can be a phone call in support of a bill or an open mic night performance to raise awareness. It can be as simple as investing or donating money to the cause or volunteering time with an organization. It can be using power of speech to raise awareness or using the freedom to vote in support of a bill.

It can be a large or small contribution, but it’s a contribution nonetheless. The goal of ending global poverty becomes reality when the community as a whole comes together to fight. It can make an impact, and it can move the cause forward until poverty is completely eradicated.

In the words of JFK, “One person can make a difference and every person should try.”