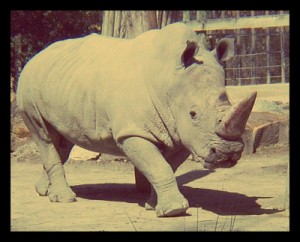 Ambassadors from nearly 180 countries convened at the Trade in Endangered Species of Wild Fauna and Flora Conference in Bangkok last week to discuss new ways to stop poaching and other illegal hunting practices. Water and Environmental Affairs Minister Edna Molewa believes that the international community should do more to fight poverty and that addressing poverty will help lessen the frequency of poaching.

The Minister Molewa and many of her colleagues believe that poverty is the main reason that people turn to poaching for their income. Many animal’s pelts or horns can bring in a hefty bit of change that can make all the difference to families living in extreme poverty. Hopefully, as the fight against poverty continues, there will be less poaching around the world. Southern Africa is the region that has been experiencing the greatest problem with illegal hunting and is currently moving forward in their efforts to fight the trafficking of illegal animals and animal products with many Asian countries such as China and Vietnam, where large markets exist for illegal animal products.

So, while fighting poaching by itself may only work to protect the endangered animals of the world, fighting severe poverty may one day remove the incentive for poaching, thus helping the impoverished communities and the animals as well.