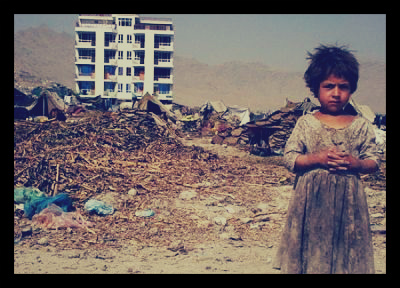 The citizens of Afghanistan have now weathered a 12-year war in the country and, as U.S. and as NATO forces prepare to pull out by the end of 2014, a new study confirms that poverty and vulnerability are more significant to the development of mental illness and anxiety than exposure to war.

The study, focusing on war and mental health in Afghanistan, says that war is undoubtedly an identifiable precursor to mental illness, but that poverty and vulnerability are actually “stronger and probably more persistent risk factors that have not received deserved attention in policy decisions,” said Dr. Jean-Francois Trani.

The study elaborates on the origins of mental illness and political violence, saying that unemployment and lack of access to resources contribute to the absence of one’s place in a social hierarchy, which leads to mental anguish that, in turn, can cause young people to act violently towards any government or institutions of authority.

The study calls these social and cultural predetermined factors “social exclusion mechanisms,” and maintains that these factors were in place before war began, but are exacerbated by military conflict. The researchers recommend that policymakers take into account all factors of these at-risk groups to create a more stable and self-sufficient Afghanistan.