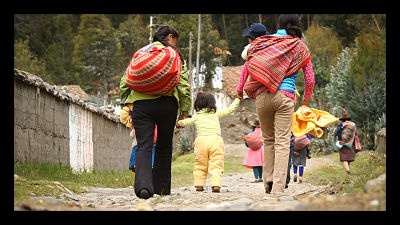 Population Action International is a nonprofit organization that “advocates for women and families to have access to contraception in order to improve their health, reduce poverty and protect their environment.” Its goal is to stem rapid population growth which will help lift families out of poverty and prevent damage to the environment caused in high population density areas.

The organization divides its work into a few different areas including advocacy and research. Each area strives to increase access to contraception around the world.

In terms of advocacy, Population Action International works both in the United States and abroad to create political support behind contraception programs.

For example, in the U.S., the organization works directly with Congress to promote reproductive health programs. Population Action International has made significant progress doing so over the last few years, including helping to significantly increasing funding for family planning. PAI is currently “working hard to protect these gains in the face of spending cuts and attacks on women’s health programs.”

On the global level, the organization supports countries by providing grants to fund family planning advocacy programs, often in developing countries. Because access to contraception is not a high priority in certain countries, these Population Action International grants are often the only source of funding for in-country advocacy programs.

When countries have uncontrolled population growth with little to no access to contraception, poverty is often a result, which can lead to conflict. PAI’s research in this field has identified relationships between large population growth and a number of factors including food security, health, climate change, violent conflict and economic progress.

Because of the results of this research, the organization believes that providing high population, low socioeconomic communities with contraception will enable them to thrive again.

According to Population Action International, they exist “because providing women the family planning they want can save hundreds of thousands of lives.” The organization is a leader in the field of contraception, providing women around the world with access to reproductive health services in the hopes that it will help stem population growth and, among other things, alleviate poverty.