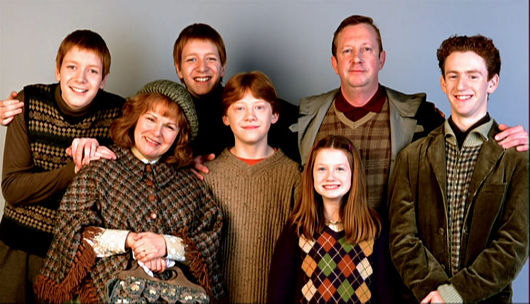 There are a plethora of popular fictional characters who live in poverty. From superheroes to kid cartoon characters, these characters’ living conditions are perceived by the audience in different ways.

In movies, some characters are able to escape poverty through different ways. Here are some of the most famous and poor movie characters that, despite their poverty conditions, give a positive impression to the viewers.

1. Pacha from The Emperor’s New Groove

In this movie, the character Pacha is portrayed as a Peruvian villager that ends up helping and mentoring his emperor, who is in trouble and is turned into a llama.

2. The Weasleys from Harry Potter

The Weasleys are one of the biggest families shown in Harry Potter. They are distinguished by their family unity and their economical conditions since they are sometimes excluded due to their lack of money.

Yet their unity, sympathy, courage and funny personalities are characteristics that make these characters seen in a positive light by the audience.

3. Charlie Bucket from Charlie and the Chocolate Factory

Living with his parents and his four grandparents in a little wooden house, Charlie Bucket is extremely poor. However, he is one of the lucky kids who finds a golden ticket in a Wonka chocolate to enter Willy Wonka’s chocolate factory.

4. Katniss Everdeen and her family from The Hunger Games

The heroine of the impoverished region of District 12, Katniss Everdeen is a character that, along with the other District 12 citizens, lives in poverty conditions with her mother and sister.

Katniss’ willingness to save her sister leads her to volunteer as a tribute to participate in the Hunger Games. Her strong, caring and brave personality helps her provide a better future for her mother and sister. The character’s devotion and bravery are seen as positive qualities in the viewer’s eyes.

El Chavo is the principal character of the El Chavo del 8 Mexican television series. This character is an orphan kid living under poor conditions in a Mexican neighborhood.

The people living in the neighborhood accept El Chavo as part of their daily lives and even as a member of their families. The complete television series is a comedy that leaves the audience accepting El Chavo’s character in a positive manner.