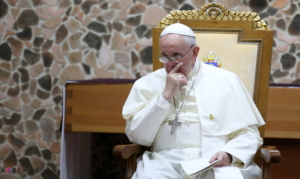 Pope Francis arrived last Monday in Rio de Janeiro, Brazil, where he is spending the week visiting the city as well as Varginha, a slum neighborhood in very poor condition. The Pope’s visit, which will be his first time back on his home continent since his election, is bringing high hopes to many who are struggling in Brazil because of his history in the region and focus on poverty.

Currently in Rio protests are raging over preparations for the 2014 World Cup and the 2016 Olympics, which involve the demolition of thousands of houses without reasonable compensation in the region and increased taxes. Citizens of Brazil are angry that their government’s resources are being spent on sporting events, rather than helping those in need. The people living in Varginha were already living in impoverished conditions before the government decided to destroy the neighborhood. Even after whole sections of their houses have already been demolished by the government, many people there still refuse to leave.

While the trip’s official purpose is for the Pope to meet with and speak to participants of World Youth Day, a large Catholic youth conference in Rio, much of the trip will be focused on commenting on social justice issues in Brazil. The visit was originally planned for Pope Francis’ predecessor, Pope Benedict XVI. It is likely that in spite of scandals involving the Vatican, Pope Francis decided to make the trip in order to draw attention to the social justice issues in the region.

The hope is that the Pope’s visit will draw attention to the needs of Brazil. The last time a Pope visited Brazil was when Pope John Paul II came in 1980. He visited a neighborhood that was soon to be demolished, but by calling attention it, the government relented and the neighborhood was saved. The Pope’s influence is especially strong in Latin America, which is home to almost half of the world’s Catholics, and Pope Francis’ former home.

Despite all of the good that is expected to come out of the visit, many are protesting the trip along with the World Cup and the Olympics. The World Youth Conference is costing the Brazilian government $52 million and some of that is going toward hosting the Pope.

Sources: The New York Times, The Globe and Mail, The Guardian
Photo: Flickr

What is ACDI/VOCA?Hunger Photography Competition
Scroll to top