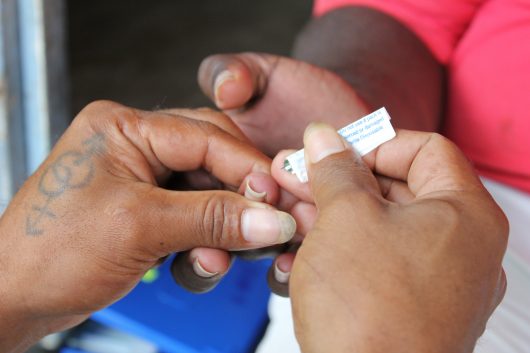 In late September, the U.S. Agency for International Development (USAID) announced that they would be leading an enterprise to expand the President’s Malaria Initiative (PMI). The PMI expansion is expected to bring life-saving malaria prevention and treatment to four additional countries: Cameroon, Cote D’Ivoire, Niger and Sierra Leone. With these additions, PMI will have programs operating in 24 Sub-Saharan African countries where malaria poses a genuine public health threat.

Launched in 2005, PMI is an interagency initiative in collaboration with USAID and in conjunction with the U.S. Centers for Disease Control and Prevention. PMI was originally established with the goal of cutting mortality caused by malaria in half across 15 African countries. This came during a time when the U.S. decided to put malaria control at the forefront of its global aid agenda. It seeks to approach this goal by increasing concentration on four essential malaria treatment and prevention measures: insecticide-treated mosquito nets, indoor residual spraying, accurate diagnoses and preventative prenatal treatments. With its focused strategy, PMI has contributed to the aversion of 6.8 million malaria-related deaths between 2001 and 2015. In 2016 alone, PMI protected over 16 million people by spraying homes with insecticide and distributed 42 million bed nets.

In total, approximately 480 million people have benefited from the work being done by PMI. This latest PMI expansion will bring malaria treatment and prevention to an additional 90 million people. This is spectacular news given how life-threatening the disease still is, even after so much progress has been made. Today, malaria still takes the life of a child every 30 seconds, amounting to a staggering 3,000 children every single day. Though heartbreaking, this statistic should not come as a surprise, considering 40 percent of the world’s population lives in high-risk regions for malaria. With the continued effort aid agencies like PMI and USAID, that number is projected to decrease significantly. Hopefully, sometime in the coming years, the world will witness the complete eradication of malaria.