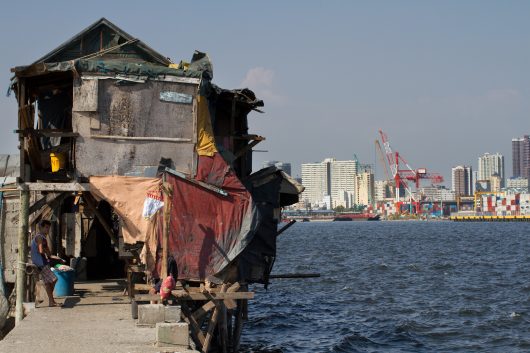 The Philippines’ poverty rate decreased from 25.2% in 2012 to 21.6% in 2015, according to the Family Income and Expenditure Survey (FIES) conducted by the Philippine Statistics Authority (PSA).

The drop in the Philippines’ poverty rate coincides with a steady decline for extreme poverty in the country. In 2015, 12.1% of the population lived in extreme poverty. Those who classify as living under extreme poverty are those whose earnings cannot buy three meals a day.

But despite the decline in these numbers, there are still glaring problems regarding the issue of poverty. One of the more prominent ones is the continued prevalence of poverty within most of the basic sectors in the country. Five of the nine basic sectors determined by the PSA—farmers (34.3%), fishermen (34.0), children belonging to families with income below the official poverty threshold (31.4), self-employed and unpaid family workers (25.0) and women belonging to poor families (22.5)—have higher poverty rates than the general population (at 21.6%). Farmers and fishermen consistently registered as the two sectors with the highest poverty incidence since 2006.

Not surprisingly, the poorest regions in the country lay in the rural and agricultural areas, particularly in the island of Mindanao, an underdeveloped region that has also served as a battleground for Muslim militants and government forces for decades. The Autonomous Region of Muslim Mindanao (ARMM) registered the highest poverty incidence in the survey. Additionally, 53.4% of its 3,781,387 residents live below the poverty threshold and 30.1% live in extreme poverty.

In contrast, the Philippine capital of Metro Manila had the lowest proportion of the poor. Only 6.5% of the population lived below the official poverty line.

The downward trend in the Philippines’ poverty rate has most experts hopeful that poverty will continue to fall. Some are quick to cite that despite the fall in numbers, there are still more than 26 million Filipinos who remain poor, with 12 million lacking the means to feed themselves.

However, most agree that addressing the basic roots of poverty also must address graver issues that stem from it. Drops in the Philippines’ overall poverty rate do not matter to those who see no way out in war-torn towns, says counterinsurgency expert Justin Richmond. “The widespread vulnerability that you see in every area dealing with radicalization is lack of economic opportunities,” Richmond says in an interview with Rappler, a Philippine news organization.

Richmond also maintains that only in improving the standard of living in underdeveloped areas can the government truly prevent a possible radicalization of citizens.

“It’s all based on vulnerability,” Richmond concludes.