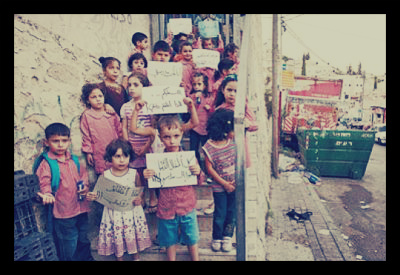 As a whole, 77% of Palestinian Jerusalemite households faced poverty in 2010, compared to only 25% of Israeli households.

Prior to the 1967 war, East Jerusalem was the hub of urban and commercial life for Palestinians.  After the war, Israel annexed East Jerusalem. Palestinian Jerusalemites were given a separate legal status as merely ‘permanent residents,’ restricting “access to housing, employment, education, health services and representation in the city.”  Since then, Palestinian Jerusalemites have faced a policy of neglect and have become virtually isolated from the rest of the West Bank with the construction of the Israeli separation barrier in 2003.

The Association for Civil Rights in Israel (ACRI) lists key factors contributing to poverty in East Jerusalem as:  (1) the separation barrier and isolation from the West Bank; (2) a weakened job market; (3) the neglected school system and obstacles in higher education and professional training; (4) difficulties integrating women into the job market; (5) employment in West Jerusalem; and (6) revocation of residency and the provision of temporary status.

The UN Conference on Trade and Development (UNCTAD) echoes these factors, maintaining that Jerusalem’s increasing economic isolation, “including the building of Israeli separation barrier,” left it “integrated neither into the Palestinian economy nor into the Israeli economy.”

Politics aside, ACRI contends that a crucial way of overcoming Palestinian poverty is to address employment and fair labor conditions.  Due to its isolation from the West Bank, East Jerusalem’s economy is dependent on the Israeli market, which serves as a source of employment and trade.  ACRI stresses a key point for policy change should be Israeli government investment in employment services.  “While Palestinians constitute a third of the municipal population, only three welfare offices operate in East Jerusalem, in contrast to the 18 in the western part of Jerusalem serving Israelis.” ACRI believes that an expansion of employment services is one way to offer the necessary tools for Palestinian residents to find jobs that offer financial stability and professional development.