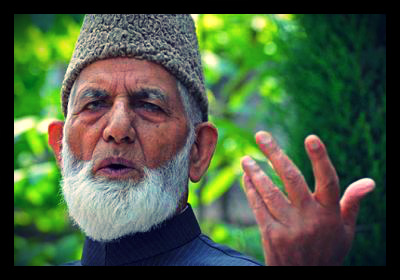 Speaking as the voice of the 26 confederated Kashmiri groups in the Hurriyat, Syed Ali Geelani directed a scorching criticism at the UN on November 3. He claimed the organization has “miserably failed to address core international concerns.” This loss of faith from one of the many significant stateless populations – which also includes Palestinians and Kurds – has resonance around the world.

It occurs at a time when the UN is facing difficult transitions into the post-2015 period and seeking structural evolution unwelcome to those nations which are accustomed to holding inordinate power with the current status quo. This state of affairs, while unfortunate, is an opportunity for the UN to showcase exactly how indispensable it is.

The debate over structural evolution is one of the premier examples of the difficulty and significance of the United Nations. Secretary-General Ban Ki-moon has expressed the belief that the new structure – which will emphasize streamlining the expansive body of UN subsidiaries and enable more efficient cooperation with third parties – will put the UN in a singularly influential position in global politics. If he succeeds, he will undoubtedly be proven correct. Financial watchdog groups have claimed for many years that the UN is too ineffective with resources to achieve the grand aims set by its ambitious Secretary-General.

And indeed, the UN has many failures to temper its successes, failures in implementation and conceptualization which can give the impression of incompetence. But what UN member states and representatives of stateless demographics like Mr. Geelani must keep in mind is that the sheer scope of the UN’s responsibility far exceeds what is asked of any other organization. The volume of factors weighing on any situation is so great that a period for learning must be accepted.

As time goes on, the UN has exhibited an ability to learn from mistakes and continue to raise the bar higher for itself. Mr. Ban has insistently focused his rhetoric and energy on the truly global concerns – human rights, pollution, food production and so on. If UN member states are to preserve a way of life with any semblance to their traditional activities, it behooves them to surrender a degree of sovereignty and resources to the organization best suited to addressing the problems which threaten those activities. Likewise, Mr. Geelani’s plea to Kashmiri to abandon the UN and boycott elections may resonate emotionally, but the best chance for his people, and for the Kurds, Palestinians and others, to achieving the legal right to a homeland is not to eschew the international forum, but to embrace it and utilize the publicity.